Android 6.0 Marshmallow is only now beginning to gain popularity, which is not surprising, because the update got not all mobile device. The rumors about Android 7.0 N increasingly began to fill the world wide web. While information about the platform a little, but this does not mean that the work on a new version of the operating system is not conducted. 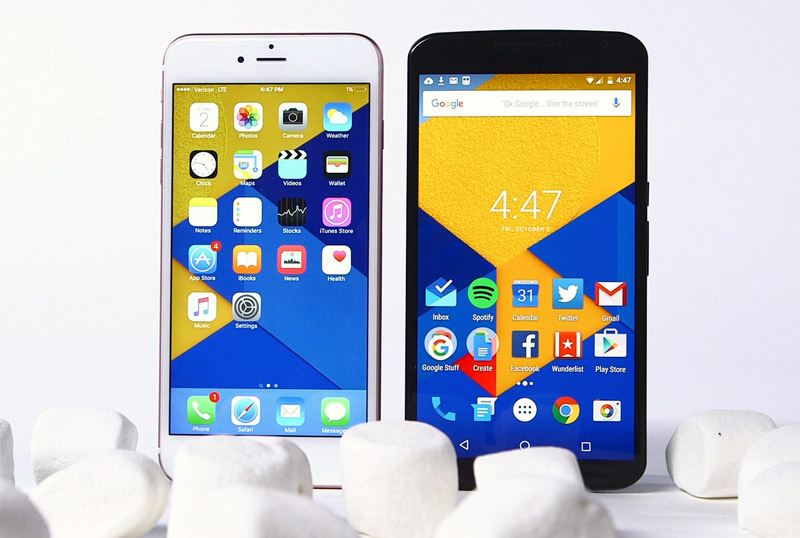 In the case of previous update of Android 6.0, Google focused more on internal improvements than on external. It is unknown what is waiting for Android 7.0 level of functionality, but, according to the latest insights, fresh for the implementation of the OS will be characterized by one of the main features of iOS home screen without the app menu.

It is known that unlike Android desktop iPhone and iPad easier – it consists of multiple pages of screens that host app from the App Store. On devices running OS from Google apps to a separate hub: this includes any downloaded from Google Play the program and the user selects and transports them to the home screen.

According to the resource Android Authority, in its seventh edition software platform, Google has decided to abandon a separate menu of apps and organize your home screen in iOS style. It is likely that in the process of testing “hub applications” will return, but the chances of that are slim. It is reported that Google is very unhappy with the presence of this menu.

Over the years the followers of Android are accustomed to such device desktop, so you can expect a lot of criticism on this score. Many users will be angry over the rejection of one of the main features of Android and the apparent borrowing from iOS. Others will probably be happy with the changes, how to find, launch and uninstall the applications will be as easy as on the iPhone and iPad.

Read also:   iPhone 6 vs iPhone 2G: as for 8 years has changed the most popular smartphone in the world 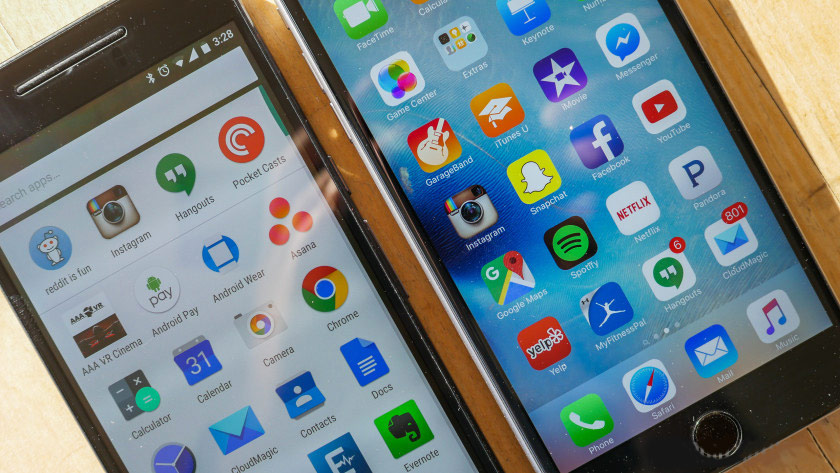 The current operating systems iOS 9 and Android 6.0 Marshmallow were presented almost simultaneously at the end of last year. Improvements in both “axles” are focused on the level of functionality, while the most significant design changes were characteristic of previous releases – iOS 7 and Android 5.0 Lollipop.

Comparing the interface of iOS 9 and Android 6.0, you notice certain similarities of approaches to design. OS Google characterize thin fonts and more clean and colorful appearance, which is characteristic to the Apple ecosystem. An important part of the design language Material Design are animation, depth and shadow. In iOS 9 introduced a new font San Francisco, Android 6.0 Marshmallow is the updated Roboto.

For iOS 9 a number of inherent borrowing from Android, the most obvious being the design of the panel multitasking, Proactive helper Assistant, multi-window mode iPad, implemented on Samsung devices. Android 6.0 Marshmallow, in turn, picked iOS approach to working with application permissions, the function of direct file transfer in the style of AirDrop, Apple pay, Android Pay.

And what Google would cost to copy the iOS 7.0 for Android, how do you think?

The Apple TV fourth generation was introduced at a special event in early September and has already received many positive reviews. Now the device that supports the App Store and Siri fell into the hands of specialists iFixit, which dealt with it by analogy with other products of the company from Cupertino. The first stage […]

Users of Chinese microblogging service Weibo found out the approximate prices of the three new flagship Apple phone. The most expensive model of the iPhone 7 will cost buyers nearly 90 000. According to one expert under the name of Reviewer, in September of this year Apple will launch iPhone 7, iPhone 7 Plus iPhone […]