Research firm Pacific Crest Securities downgraded the projected sales of the Apple Watch. However, analysts were not limited only to 2015 and announced the expected sales volume in the coming year. He, too, will be less than initially expected. 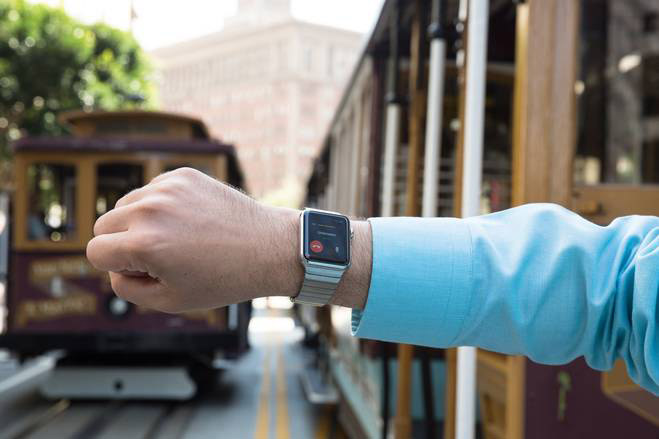 Analyst Andy Hargreaves of Pacific Crest Securities said that Apple will not be able to justify these earlier predictions on the implementation of the Apple Watch. Instead of 11 million until the end of 2015, the company sells about 10.5 million Estimate 2016, previously discriminated at the level of 24 million, is also reduced to 21 million units.

The previously published forecasts were made based on the high demand for the Apple Watch, which was observed shortly before the start of sales — when the pre-order far outstripping supply. But, as noted in the Hargreaves report, consumer demand decreased. This happened because of the mass of unflattering reviews on the Internet.

Another analyst from UBS, which cut its forecast of sales of the Apple Watch by 23% in may, agrees with his colleague. However, in this case the basis of the decline was the fact that the interest to the watch, according to her, were at the level of 20% of the interest of the public to the launch of the first iPhone in 2007.

According to market experts, lower than planned sales of the Apple Watch is due to the fact that Apple incorrectly positions the device. The company decided that the Apple Watch can be a decoration, and it released the device in a gold case and complemented the range with leather straps, analysts say. However, the Apple Watch is primarily a technological product. So over the operation he was doomed to price reduction, unlike jewelry, which, conversely, are getting more expensive.

Read also:   Apple won a lawsuit against the former iPhone users because of disappearing SMS messages

Positioning the Apple Watch as a fitness product also has not brought results. Alternatives from Fitbit, Jawbone and Xiaomi — fitness-bracelets — easier to use, they have a clearer purpose and, furthermore, support the conjunction not only with iPhone, but smartphones on the Android platform. All this makes them more attractive in the eyes of consumers, experts say.

Apple opened pre-orders for Watch 10 April 2015. Just half an hour after the start, buyers could order the watch with shipping in June. According to analysts, only for the first day of the Apple Watch ahead of a sales all smart watch on Android Wear.

The first shipments of the customers started to get the 24 April. The option “Store Pick Up” order online and pick up in store) became available in many countries on June 19.

The rating of smartphones with the fastest wireless charging & nbsp published

Wireless charging is an extremely convenient technology, with a lot of compromises. The main such compromise is the charging speed when using this technology – in comparison with wired counterparts, its speed leaves much to be desired. But the longer the wireless charging in the market, the more perfect it becomes. And precisely in order […]