Independent developer under the name Surenix has announced a new tweak that offers a replacement for the standard panel of multitasking in iOS. 7-second demonstration of the program he posted on video sharing Vine. 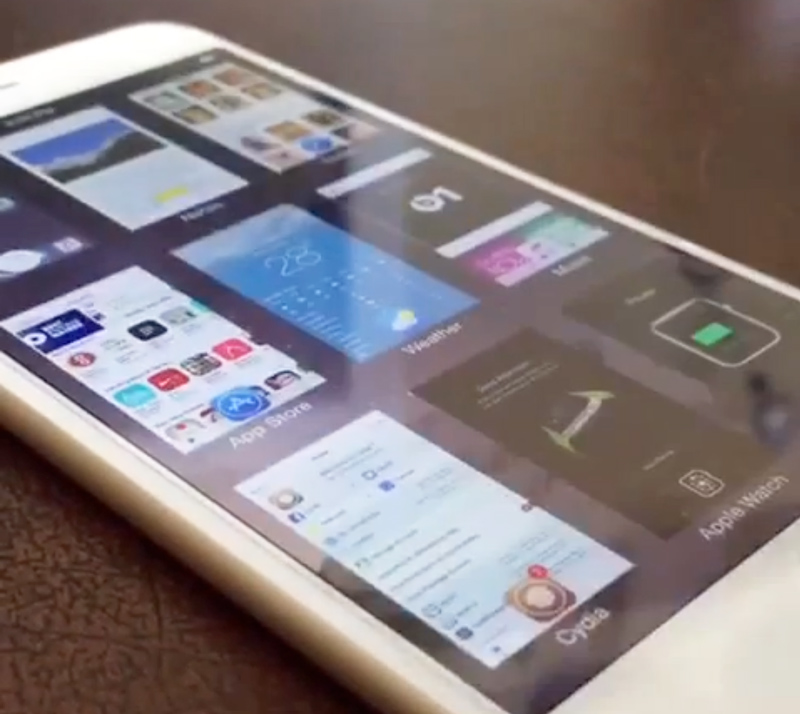 “First look at Alympus. Coming soon to Cydia,” commented on a video Surenix. The developer came up with the idea and created a tweak in conjunction with the programmer iKyle.

Judging from what is shown in the video, the multitasking panel Alympus will be called by a swipe gesture from the bottom of the screen. This simple “comb” will change the way you view active tasks with the traditional mode in the form of a 2 x 2 grid. Another pinch – and already 9 appendices located on the 3 x 3 grid.

Alympus will support gestures to quickly switch tasks, as simple can be unloaded from memory. The timing of the release of the new tweaks, and how about the cost, is not known. Surenix promises to release “soon”.

iOS 11 installed on 59% of supported devices

Apple has provided new statistical data according to which iOS 11 installed on almost two-thirds of compatible devices. New firmware for mobile gadgets Apple was announced in June 2017 at WWDC. The public release of iOS 11 was held in September after the presentation of iPhone 8, iPhone 8 and iPhone Plus X. iOS 11 […]

Amazon introduced an updated e-book Kindle Paperwhite. The novelty has 6-inch display E-Ink with high resolution and pixel density of 300 ppi (compared to 221 ppi in the model of end of 2013), which is comparable to the more expensive Kindle Voyage. Kindle Paperwhite offers a new font called Bookerly developed by Amazon for more […]