As a result of fire iPhone 7 a woman in Australia got a second-degree burn. Now she is waiting for the conclusion of the examination and intends to receive compensation from Apple. 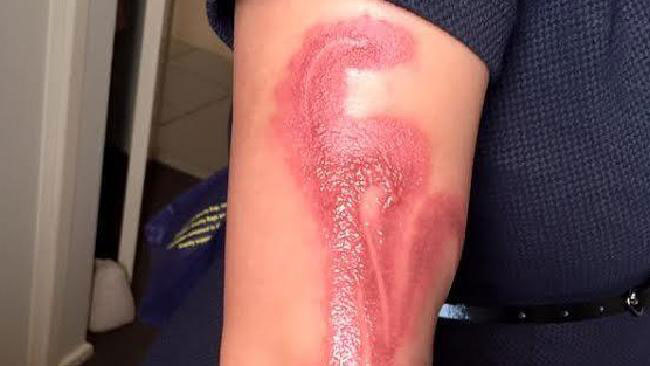 Melanie tan Pelaez claims that he injured in the result of spontaneous combustion iPhone 7. On his page on Facebook she told me that she fell asleep with a smartphone on hand, which was connected to a charger. She woke up from a terrible pain – the gadget lit up. To the record she held the mutilated by burns on the hands.

Edition News.com.au was able to contact a representative of Apple in Australia and the company confirmed the investigation of the incident. The victim said that he got “worn out” response from the company. According to representatives Apple, the burn could not be obtained as a result of the fire smartphone. In particular, they indicated that did not feel the characteristic smell. 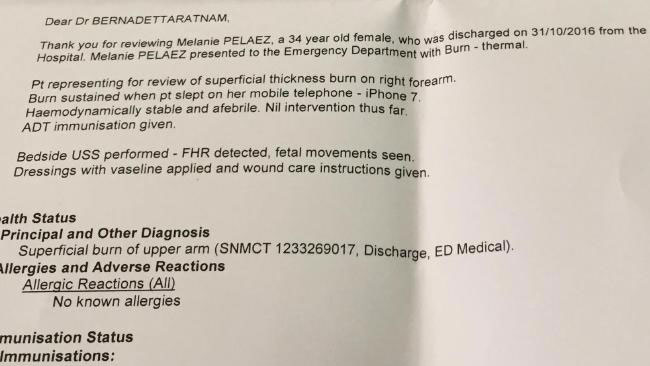 Users in the comments also expressed doubts about the version Peláez. “It’s a fake, as the iPhone can bend?… What is the size of your phone,” wrote one user.

As part of the investigation Peláez sent the iPhone 7 professionals in California. She also consulted with a plastic surgeon about the possibility to remove the scar with his hands. After that, the woman left a message in Facebook. “I want to warn all users to be extremely careful,” – she wrote. 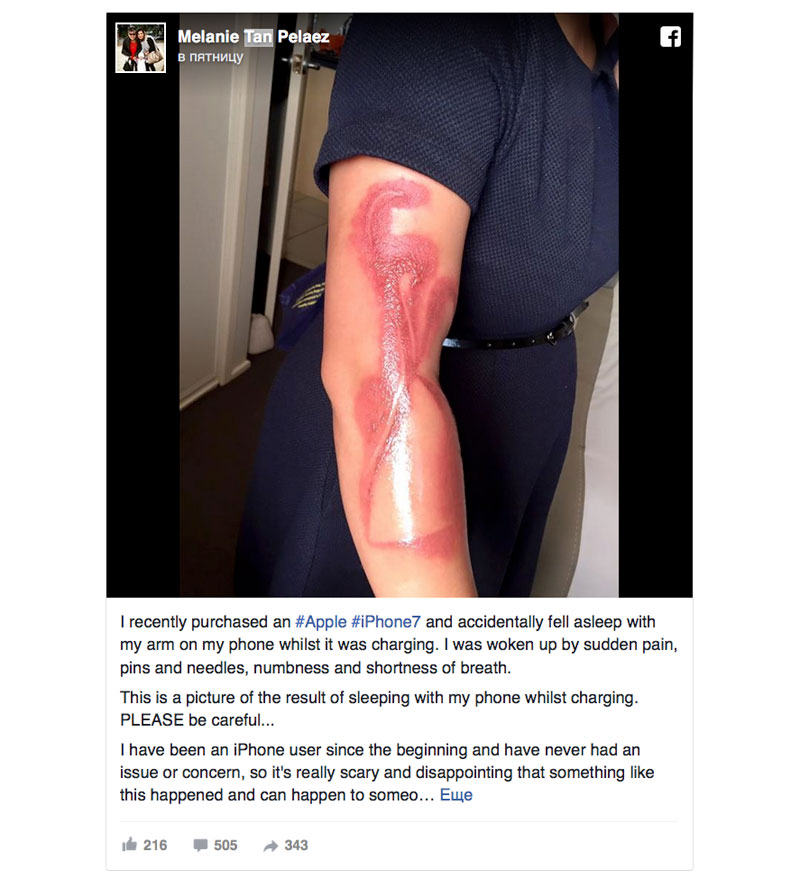 The Australian added that he refused to replace the iPhone as no longer trust the device.

For the past 8 months of 2015, the Russians ceased to pay much attention to the brand and began to choose smartphones based on their cost and technical characteristics. This is evidenced by the survey conducted among buyers these gadgets. In the first eight months of the year in Russia was sold for 6% less […]

IOS 10, now installed on most Apple mobile devices, found a very dangerous vulnerability that allows to gain unauthorized access to the personal data of the owner. The security gap allows almost anyone who will take up the iPhone or iPad, view photos and read messages to bypass the lock screen and Touch ID. The […]

German designer crossed an iPhone with a home phone [gallery]

Most of the people nowadays has got a smartphones, today they have become a standard means of communication, but home phones are now only avid homebodies, and among them there are exceptions. But, as it turned out, the old guard still have fans and proves that the new concept of the German designer. Artist Erkan […]