The results of the survey of retailers indicates a low demand for Apple Pay in the US. The retail network has shared that Apple doesn’t want to take their skepticism to the new service and tries to convince to do it. 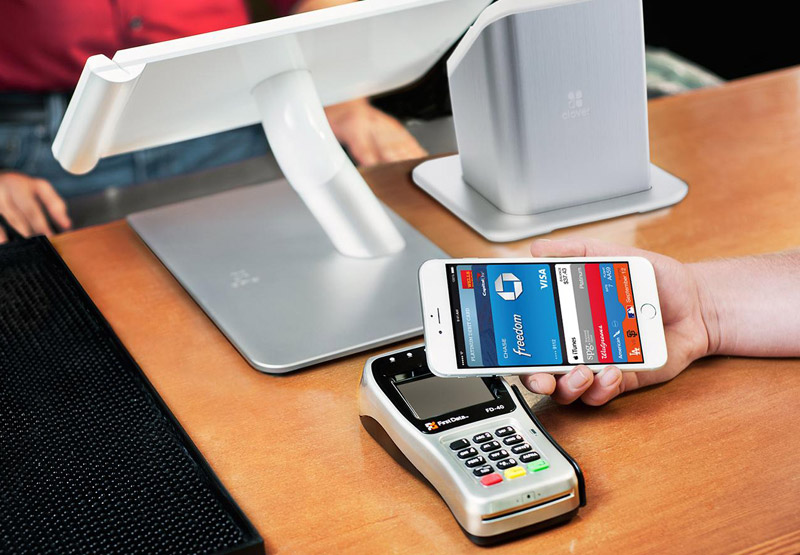 The results of a Reuters interview with analysts, media and other market representatives say that Apple too optimistic in their forecasts, and that many retailers remain sceptical towards the new service, Cnews reports.

The Agency conducted its own investigation, interviewing 96 representatives of the one hundred largest retailers on the basis of the ranking of the National retail Federation USA (the two were not interviewed because they sell only through the Internet, and two did not respond to a request). As it turned out, less than a quarter of respondents to date (nine months from the day of its announcement) has introduced Apple Pay.

Two-thirds stated categorically that it was not going to introduce Apple Pay this year (which is clearly contrary to Apple). And only four companies reported that they plan to add support for service in 2016.

Respondents were told the reason for their slowness. The main one is the lack of demand from consumers. Also among the main reasons included: lack of access to data about transactions generated in Apple Pay, and the high cost of decisions required to implement support for the service.

Some respondents admitted that instead of Apple Pay, I decided to add support for other mobile payment service, which plans by the end of 2015 to launch a group of retailers (Reuters reported that this project).

As noted by the Agency, extensive statistics on the payments using mobile phones are hard to find. However, some of the data the Agency managed to obtain. According to a study by Verifone and Wakefield Research, the results of which were published in January 2015, in retail stores in the U.S. only about 4% of cases, consumers pay with mobile wallets.

In April 2015, a study was published by Phoenix Marketing International, according to which 70% of respondents at least once have experienced problems when making purchases through Apple Pay.

According to ITG Investment Research, published in November 2014 (shortly after the launch of Apple Pay, the service of “Apple” company occupied about 1% of mobile payments market in the U.S. in dollar terms, while the share of rival Google Wallet service was held four times greater share. According to analysts, since Apple Pay made a big step forward and significantly strengthened its position, while Google Wallet was locked in place. Although analysts did not lead to more recent figures, it is known that Google had to abandon the Wallet and at the recent Google I/O conference, the company unveiled Android Pay as his replacement.

According to the representatives of the networks managed to talk to the Agency, Apple maintains a strong advertising campaign, promoting Apple Pay. Aggressive tone while not subside for months. According to the representative of one of the retailers who do not intend to introduce Apple Pay due to low demand, Apple is not willing to accept their decision and continues to convince about the need to support the new service.

Read also:   How to solve the problem with endless loading macOS

February 24, 2017, would have turned 62 years old Steve jobs, founder of Apple the most expensive company in history. Jobs had a huge influence on the development of the computer industry and became a role model for many entrepreneurs around the world. Steve jobs is, without doubt, an extraordinary man, about him and his […]

In may, Apple announced the upcoming availability of the first accessories that are compatible with the platform HomeKit home automation. As announced, a number of devices based on HomeKit, which will include including thermostats and “smart Read also:   Ukrainians gather on Kickstarter money to cover-the flash iblazr for iPhone Case [video]