For a long time there were rumors about the appearance of Apple in smartphones wireless charging. Back in 2011, the newspaper the Wall Street Journal wrote about the work of the California-based giant in this direction. The main difficulty for companies is that existing technologies wireless charging “not friendly” with metal, which complicates their use in iPhone and iPad. 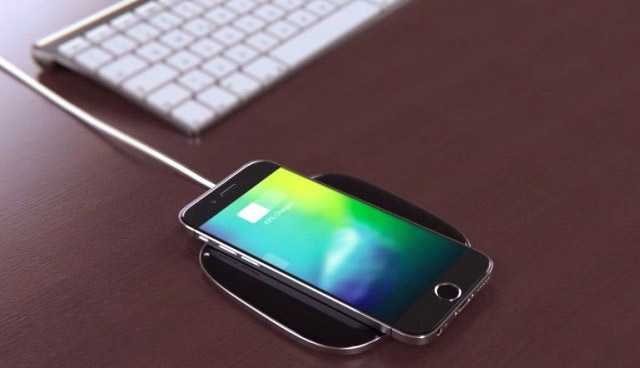 Qualcomm Technologies, leading the development of a wireless magnetic resonance charging WiPower, announced the implementation of a mechanism for charging mobile devices, the case is made of various alloys. This technology opens access to technology all-metal smartphones and tablets of Apple.

Qualcomm managed to pick up the frequency of operation transmission charge system, which significantly reduced the interaction with metal objects, including keys, coins or the casing of a mobile gadget.

In addition, using the technology of magnetic resonance WiPower standard allows you to charge the device at some distance from the “base”, do not have stringent requirements as to their spatial orientation, and also makes possible the simultaneous charging of multiple devices.

“Creating solutions for wireless charging devices, which are used metals, is a big step for the entire industry. Engineers QTI has developed technology that eliminates the main obstacle to the implementation of such technologies for a wide range of consumer electronics,” said Steve Pazol, Qualcomm.

It is not excluded that Apple will offer cooperation in this field Qualcomm. If the company experiments with wireless charging is completed successfully, the next iPhone could be the first Apple smartphone that operates fully without wires.

READ  Rumors: the iPhone 7 will be released earlier than expected

Four years ago, Google swallowed up Nik Software, the German startup that created the popular app Snapseed for iOS and Mac. Analysts wondered why the search giant took this program, and in what direction will now develop the photo Department. The situation was clarified a year later, when Google released a new version of the […]

50 games and applications for iPhone, iPad and Mac, available at a discount in honor of Black Friday

The tradition of “Black Friday” came to Russia from the United States. There to buy cheaper goods is offered in honor of thanksgiving. Historically “black Friday” weekend sales in offline stores; and the following “cyber Monday” was invented for online shopping. The name “black Friday” appeared in 1966. In honor of this event, developers of […]

Logitech has introduced a new device intelligent home Switch Home Pop. Novelty is a small button which can be assigned to control different smart devices in the room. Button palm-sized recognizes three actions: single tap, double tap and long press. For example, on one button, you can configure the enabling and disabling of the entire […]