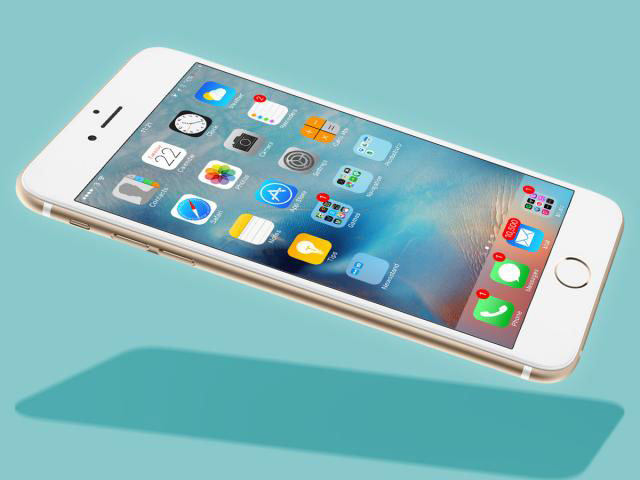 Analysts note that the share of another manufacturer, Samsung now accounts for only 11% of the total profit, which is very far from “Golden” for 2013, when she got about 42% of overall industry profits. What the amount of their shares exceeds 100%, due to the fact that other firms were either non-profit or incurred a loss.

Particularly striking is the share of Apple in total profit looks like, considering that this company produces less than 15% of all smartphones (48 million) sold in the world, whereas the same Samsung over the last quarter, shipped 81 million smartphones and took a 24.5% market share. This discrepancy suggests that Apple may install on their products a higher price. Manufacturers of other smartphones mostly use the Android operating system controlled by Google, they are significantly harder to stand out from competitors, so they have to attract buyers by lowering price. In addition, Samsung and HTC have made in recent years, serious strategic miscalculations. 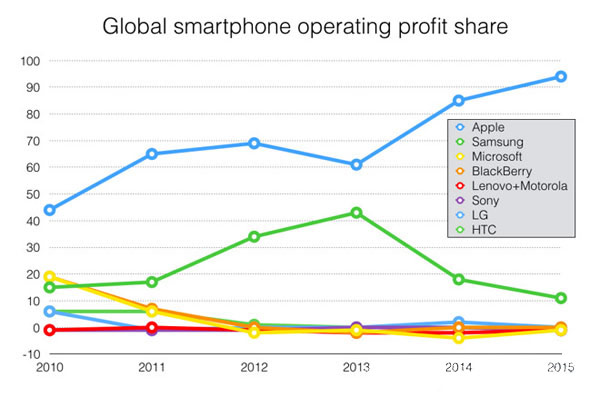 Investment company analyst Neil Moston notes that many vendors using Android are in a disadvantageous intermediate position between Apple, with its expensive models and cheap mass brands like Xiaomi. “It’s kind of a trap, says Moston. Such brands are many, including several hundred in China”. Even Samsung at some point managed to offer a successful smartphones in all price segments, now has problems with the influx of competitors. Previously the Korean company announced that for the eighth quarter in a row ends the reduction in profit compared with the previous year.

The situation in the smartphone market is changing rapidly. In 2007 the iPhone revolutionized the industry. At that time about two thirds of the market is controlled by Nokia. By the end of the decade, the list of the leading suppliers of smartphones along with Nokia settled with Apple and BlackBerry. By 2012 the market was split evenly between Apple and Android. Now Apple is dominant. “The upper price range went from Samsung to Apple,” says Mike Wali, managing Director of Canaccord.

According to Strategy Analytics, last year the average selling price of iPhone in the world was $640, the average price of Android smartphone – $180.

Philips has introduced in Russia, the world’s first headphones with Lightning interface

On the Russian market will start selling in-ear headphones Philips Fidelio M2L – first in the world that connect to iPhone and iPad via the Lightning connector. Presented at CES in the beginning of the year gadget made a splash earlier in the market of devices with similar capabilities. Fidelio M2L has a built-in 24-bit […]

Smartphone manufacturers seem to be fixated on the black buildings of rectangular shape, from year to year, we have seen little distinguishable one from another model. But maybe soon the situation will change. Lenovo on the Tech World 2016 in San Francisco presented a prototype flexible smartphone flexible tablet. The phone is called the Program, […]