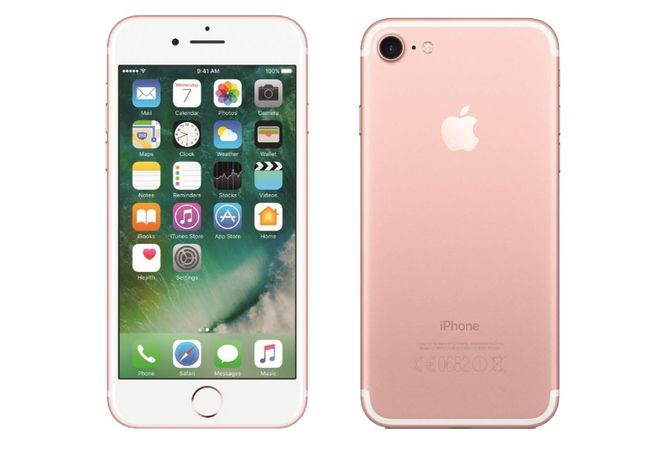 Released in 2016, the iPhone 7 is still a classic and is popular with buyers. And after the current decline in prices, demand for it will only increase. According to domestic media reports, iPhone 7 has fallen in price in almost all the largest electronics stores in the country. On average, its value decreased by 17-25% or 5-7 thousand rubles. Now a 32-gigabyte version of the smartphone can be purchased for 22-24 thousand rubles, whereas before its cost was about 30 thousand.

Experts believe that the discounts on the iPhone 7 are due to the desire of retailers to quickly sell off stocks in anticipation of the new available iPhone SE 2 model. And considering that on the nose February 23 and March 8, the discount will be a good incentive to buy iPhone 7.

Read also:   Samsung is preparing a response to iPhone SE – a mini version of the flagship Galaxy S8 with 5.3-inch screen and is priced at $399

It had to happen: with the iPhone 6s Plus have shot a music video. At first glance, nothing unusual, because promotional videos and even short films already filmed the previous iPhone models. New work, in addition to the remarkable special effects, boasts beautiful shots underwater. In fact, neither the iPhone 6s or iPhone 6s Plus […]

Xiaomi has introduced a new 32-inch TV Xiaomi Mi TV 4A, which will be offered for about $160. This is the most affordable model of the manufacturer, however, for reduction prices the company had to make some compromises. Plastic case model Mi 4A TV is completely black, its weight is only 3.9 kg, with connected […]

Apple should stop selling iPhones in the UK if the government will pass a law prohibiting encryption of mobile devices. This statement was made by Wikipedia founder Jimmy Wales. As you know, the British authorities are seriously concerned that are not able to gain full access to information on the iPhone and iPad, as it […]