A few days ago, we talked about how iPhones could go up in price due to the protracted trade war between the US and China. The news caused a panic among Apple fans. And now we want to reassure you – iPhone will not go up in price! iPhone, iPad and MacBook will not be subject to an additional tax, as US President Donald Trump has signed a trade agreement with China. 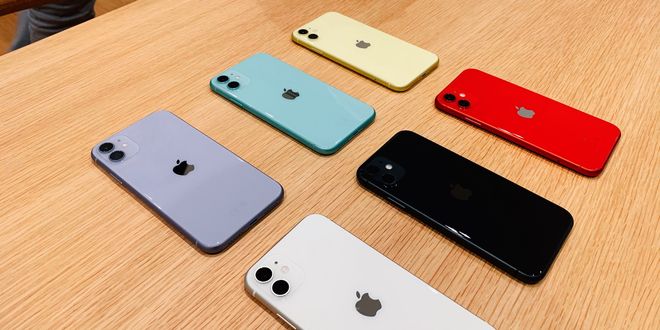 “Trump made Apple a Christmas present. If the USA introduced this tax, it would be a serious blow for market players, including Apple, and could inflict a serious blow on the supply chain in the holiday season, ”said Dan Ives, an analyst at Wedbush Securities.

Earlier, he said that in the case of the introduction of an additional tax charge, iPhone smartphones in the Christmas season could have risen in price by about $ 150, and Apple's earnings per share would have decreased by about 4%. At the same time, an increase in iPhone prices would lead to a reduction in demand for the iPhone by about 6-8%.

Read also:   Analysts: sales of new iPhones will disappoint everyone

Apple will have to act as the Respondent in the proceedings of the MacBook Pro, accusing the company in the sale of laptops with defective display. Signature to the appropriate appeal collects a resident of Bangkok, named Cody, Overup. Apple laptops have a special anti-glare coating on the screen that lowers the level of reflection: […]

In 2013 Apple released iOS 7 operating system with a new revolutionary design and huge set of new features. The innovations really were many, ranging from completely redesigned exterior to the unique approach to usability. The latter include the so-called parallax effect, which, according to Apple, designed to change the way of how users interact […]