On Wednesday, November 13, Apple not only introduced the new 16-inch MacBook Pro, which we talked about earlier, but also announced the launch date for the Mac Pro and Pro Display XDR. They, as expected, will go on sale in December, although initially the company promised to release their autumn. Unfortunately, the exact date of the start of sales is still unknown to us. But, most likely, new Apple devices will arrive in anticipation of the Christmas season of sales. 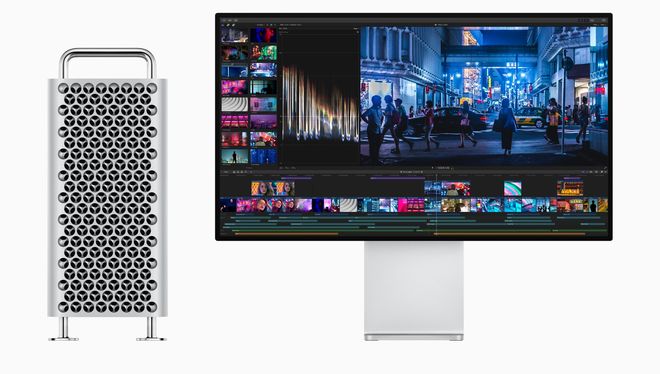 “Apple also announced today that the all-new Mac Pro, the world's best professional desktop computer, and the Apple Pro Display XDR, the world's best professional display, will be on sale in December. Designed specifically for maximum performance with expandable and configurable options, the Mac Pro is equipped with Xeon-class processors for workstations that include up to 28 cores, a high-performance memory system with a huge capacity of up to 1.5 TB, eight PCIe memory expansion slots and a graphics architecture with the most powerful video card in the world. The Pro Display XDR is equipped with a 32-inch Retina display with a resolution of 6K, a peak brightness of 1600 nits, a contrast ratio of 1,000,000: 1 and an ultra-wide viewing angle, all at a revolutionary price, ”Apple said in a press release.

According to Nikkei, the demand for the iPhone 7 and 7 Plus began to decline three months after the release

Retail stores continue to experience a shortage of iPhone 7 and iPhone 7 Plus in the color “black onyx”. But soon this situation may change because of lower demand for the Apple flagships. About it writes analytical Agency Nikkei. Apple reduces chip purchase amid declining sales of its mobile devices. According to the publication, in […]

Samsung has announced the series upgrade laptop Notebook 9, presented in the beginning of the year. The manufacturer proposed a new efficient models of processors Intel Core of the 7th generation (Kaby Lake) and a fingerprint scanner. We are talking about models with 13.3 – and 15-inch displays, which are thin frame and the ability […]