Is it necessary to protect the column from unauthorized access? The question seems strange. Such gadgets, as a rule, are in the apartment. They are not touched by anyone except the household. 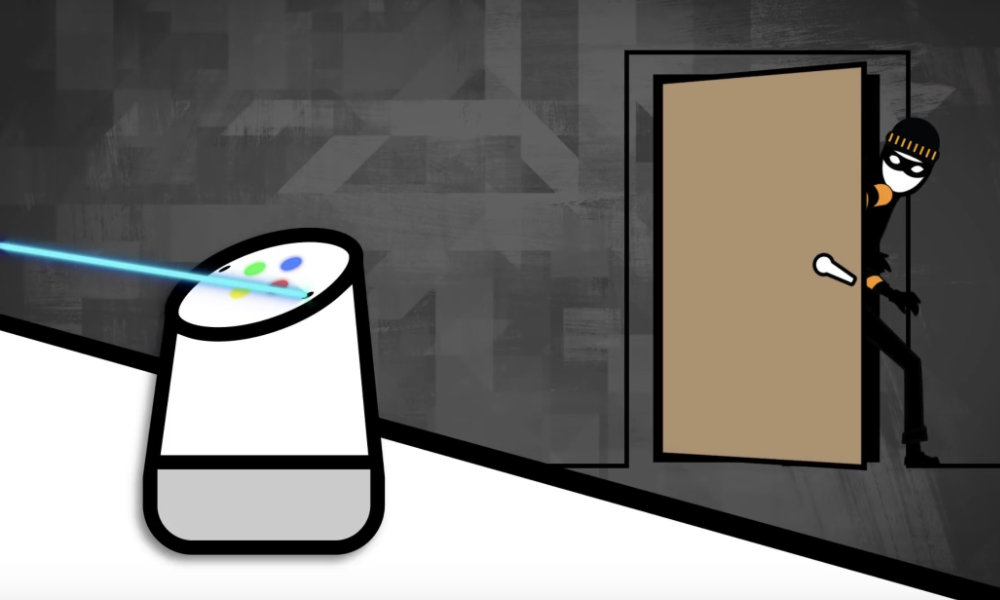 Apple did not bother with passwords. Who can harm the HomePod? Alas, the "apple" device is more dangerous than many people think. This was proved by researchers from the University of Michigan.

Scientists have benefited from the help of the Japanese University of Telecommunications. They were able to identify an unusual vulnerability HomePod. Its built-in microphones are sensitive to light signals.

Simply put – HomePod perceives light as sound. It is realistic to give commands with a laser pointer for $ 18. Apple will decide that it is being accessed by voice.

This gives attackers wide opportunities. HomePod not only plays music. The product is also connected to smart home systems. Imagine a thief ordering a column to open a garage door.

Fantasy? Well, no. The method operates at a distance of up to 110 meters. Enough for the HomePod to be visible through the window. The rest is a matter of technique (and precise guidance).

The only “but”: the hacker will need a special driver and a $ 400 audio amplifier. However, in some cases the expenses of the offender are justified.

A similar hack, experts called "Light Commands". Unfortunately, HomePod counterparts are also at risk. Amazon and Google products are no exception (like all devices with MEMS microphones).

Read also:   Time for 15 seconds: San Francisco in the middle of the day robbed the Apple store [video]

Before the "Light Commands" even iPhone is defenseless. Although "open" it remotely harder. All manufacturers are informed and are trying to fix the bug.

Buying an iPhone from hands: 10 of the most popular ways of cheating

Sites free ads reigns an unprecedented boom in anticipation of the announcement of the new iPhone they sell a lot of Apple technology. Unfortunately, not all buyers and sellers fair: due to the hot season intensified not only law-abiding citizens, but scammers. Ways of obtaining money varying degrees of dishonesty, there are many, the experts […]

Apple has sent out invitations to the presentation on 21 March

Apple sent out to journalists and media official invitation to the press conference dedicated to the new smartphone iPhone SE. The event will take place on 21 March at 21:00 Moscow time and will be streamed live. Traditionally, Apple does not specify the topic convened press conference, however, gives a hint, using the invitation attached […]

Siri saved the life of 18-year-old American, who dropped the truck

Voice assistant Siri on the iPhone saved the lives of the American. The function came to the rescue of a resident of Tennessee, when there was no help. 18-year-old man was repairing the truck in his garage. The car was lifted on the Jack and at one point broke. Two-ton machine fell to its owner, […]