Rumors that Apple is preparing to release a fundamentally new MacBook model with a 16-inch display have been around for a long time. And lately, sources and analysts have been constantly heating them, voicing new details of the upcoming announcement. 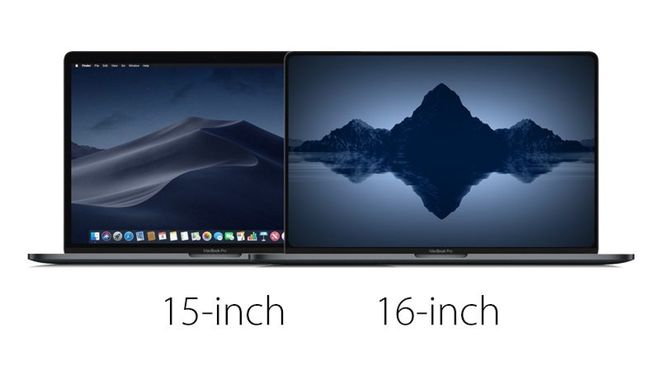 Today, the Taiwanese business publication DigiTimes, citing industry sources, announced that mass deliveries of the new 16-inch MacBook will begin in the fourth quarter of 2019, that is, in November or December. The main builder of the new laptop will be Taiwanese contract manufacturer Quanta Computer, which has been collaborating with Apple for years.

Sources of DigiTimes have confirmed that the new MacBook will receive a display with ultra-thin bezels around, making the dimensions of its case identical to the current 15-inch MacBook Pro. Also, the laptop will be equipped with a keyboard with a scissor mechanism instead of a butterfly-type keyboard, which delivered a lot of trouble to users.

Note that the start of supply of the 16-inch MacBook does not necessarily mean that it will go on sale in the same quarter. Perhaps Apple just wants to stockpile the new laptop before introducing a 15 percent tariff on imports of Chinese goods to the United States, which will take effect December 15. And the official announcement of the new MacBook may take place next year.

Apple became the leader in sales of smartphones in Russia

Smartphone sales in Russia in January-may 2016 rose 7%, to 9.1 million units. The market leader in revenue was the company Apple, the report indicates, one of the largest cellular retailers in Russia “the Euronetwork”. The Cupertino-based company during the period under review increased its smartphone sales by 83%. According to the “Euroset” in monetary […]

Tomorrow Russia will start selling the Apple Watch at the price from 24 thousand to 1.12 million RUB

Friday, 31 July, start of the Russian sales of the smart watch Apple Watch. The launch of new products scheduled for 10:00 am: from this moment on, the device will be available in some stores of Apple’s partners. And in the online store Apple Online Store on the same day orders will be taken at […]