On Wednesday, October 30, Apple published a financial report for the third calendar quarter of 2019, which for it, like for other American companies, was the fourth quarter of fiscal year 2019. Apple talked about the revenue received, but the number of devices sold was not announced again. 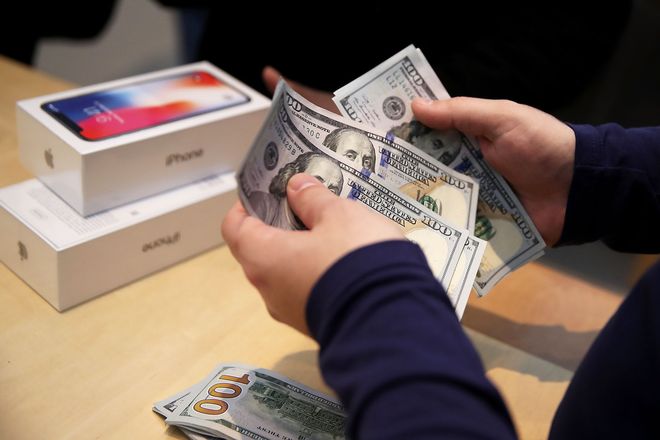 According to the results of the last quarter, Apple's revenue amounted to 64 billion US dollars, of which 13.7 billion – net profit. In earnings per share, earnings were $ 3.03, a record for Apple. The record was set by the revenue from services and services. For comparison, for the same period in 2018, Apple received revenue of $ 62.9 billion, of which $ 14.1 billion, or $ 2.91 per share, was for net profit. Gross profit in the fourth quarter of fiscal year 2019 was 38% compared to 38.3% a year ago. At the same time, activities outside the United States, that is, international sales, brought corporations 60% of revenue.

Apple securities holders will receive a dividend of $ 0.77 per share. Remuneration is scheduled for November 14th.

“We ended this groundbreaking fiscal year 2019 with the highest revenue for the fourth quarter, driven by accelerated growth in services, wearable devices and iPads. Given that customers and observers are delighted with the new generation of iPhone, AirPods Pro with noise reduction and the long-awaited Apple TV + service, which form the best line of products and services in the world, we are very optimistic about the holiday quarter, ”said Apple CEO Tim Cook (Tim Cook).

Apple will increase the headcount in Ireland to 6 000 people

Apple decided to expand the staff of its representative office in Ireland per 1,000 people, Reuters reports. Hence the manufacturer of iPhone and Mac oversees its activities in the region EMEA (Europe, middle East and Africa). The headquarters of Apple in Ireland has been operating for almost 30 years. In fact, she became the first […]

In March this year, the company ESTI presented a case for the iPhone, which is equipped with its own screen and Android operating system. The device appeared on the site Kickstarter, having already collected more than $550 000. Campaign fundraising will continue for another week. Customers can pre-order for $119, the beginning of deliveries is […]