Not so long ago – September 11 – Apple introduced the iPhone 11. Plus several gadgets, including the Apple Watch Series 5. Do you think this will be limited to this?

A new presentation is expected in late October. The second for the fall. Everything will happen in the coming weeks. It is believed that Apple will surprise us with a variety of devices.

What do Cupertino want to impress the public with? We suggest that you familiarize yourself with the list of candidates. Everyone has a chance to debut soon.

Not enough apple headphones? Get ready to update the lineup. Or even immediately to the third generation. The probability of seeing AirPods 3 is very high.

The first beta of iOS 13.2 is to blame. The firmware contains a schematic representation of the headset. AirPods 3 will receive silicone ear pads.

The mentioned part hints at good sound insulation. In addition, you can hope for a soft landing. AirPods 3 also works as a hearing aid. A real find for people with related disabilities.

The release of iOS 13.2 is forecasted closer to November. Just in the area of ​​the event under discussion Apple. Therefore, the appearance of AirPods 3 is almost a foregone conclusion.

There are a lot of rumors about this laptop. The first to speak of him was Ming-Chi Kuo, an authoritative analyst. The novelty will be the successor to the 15-inch model. 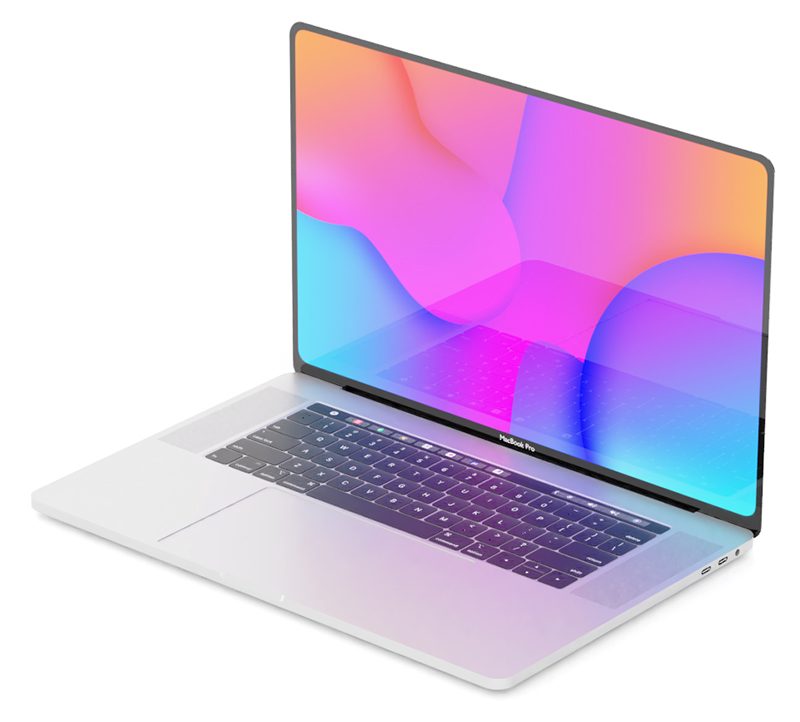 Dimensions will remain, but the screen will increase. To accomplish this will reduce the scope. They will be much narrower. Among other things, the keyboard will change. Will cease to break from any speck of dust.

The scandalous butterfly mechanism will be a thing of the past. Replaced by improved "scissors". I want to believe that the replacement will save the owners of the MacBook Pro from problems.

Otherwise, the product is credited with a more powerful hardware. For example, 32 GB of RAM. Adequate cooling system also does not hurt. There is little sense in overheating MacBook Pro (its performance decreases).

What is an Apple Tag? A search tracker to help you find things. Hooked a beacon to something and that's it. Feel free to lose – then you will easily find it. 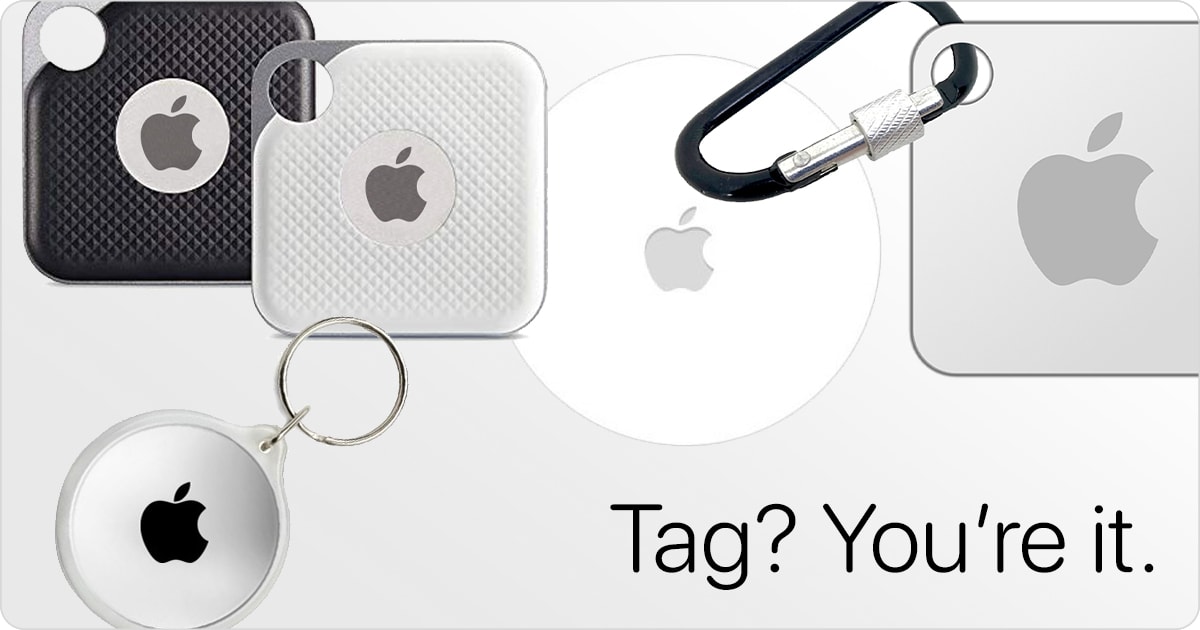 Apple Tag has been known for many months. Unfortunately, in spring and summer he did not go out. And in September they did not show it. Although iOS is aware of the existence of the accessory.

Apple Tag is a curious thing. It supports augmented reality. The foregoing makes the path to the goal visual. Location is determined with "centimeter" accuracy.

Not enough updated iPad, iPad mini, iPad Air? 2 more tablets are coming. Namely, the iPad Pro 2019 (11-inch and 12.9-inch). The event, however, is predictable. Professional "pills" according to the October tradition. Remember what happened a year earlier. 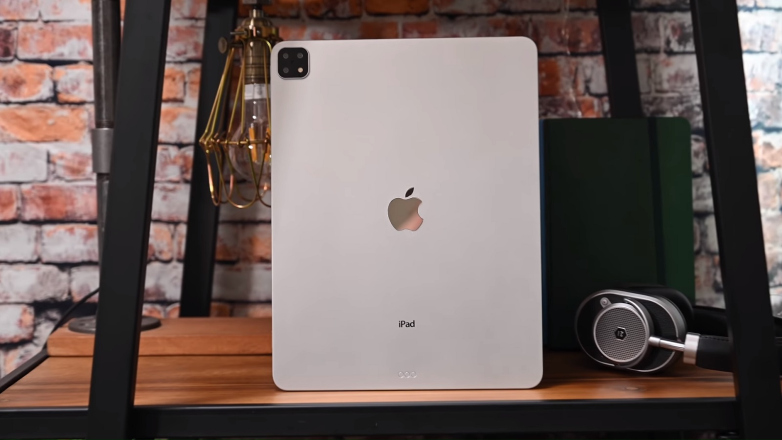 What interesting things will the iPad Pro 2019 offer? Images leaked to the network indicate a triple camera. Similar to the “square” iPhone 11 Pro module.

Other informants talk about the A13X Bionic processor. And no one will abandon the durable case, 2 TB drive and full-fledged Adobe Photoshop.

It's funny, but the modular Mac Pro was announced at WWDC 2019. The conference, recall, was held in June. Alas, the computer did not go on sale. The Apple site promises more information in the fall. Price is especially important. She could rise – due to US policy. States have introduced customs duties on some components. Including those that are in the Mac Pro 2019.

A similar story with the Pro Display XDR monitor. Its release has stuck with Mac Pro 2019.

Apple will no doubt release iOS 13.2. Now it is being actively tested. The number of innovations is decent. Special attention is given to the "Sign in with Apple" button. 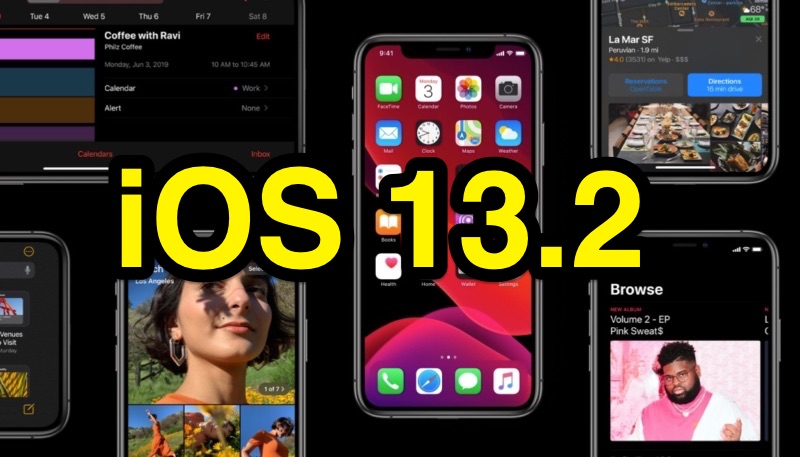 Authorization on sites will be simplified. All you need is an Apple ID. What are the other “talents” of iOS 13.2? Third-party fonts, 59 emojis and voiceover of incoming messages (using Siri).

To the Day of national unity celebrated November 4, jewelry brand Caviar released a series of iPhone 6s under the name of “Unity”. A special version of the model released in a limited edition of 99 copies and worth 189 000 rubles for a model with 64 GB of memory, and 199 000 rubles for […]

On Monday, Apple said the iOS 9, which will be available this fall. This release enables iPhone and iPad to become even smarter and more proactive, give them some powerful search features and enhanced capabilities of Siri. New features multitasking, created specifically for the iPad, allow you to work simultaneously with two applications that open […]

The power saving mode, iOS 9 can greatly extend the battery life of the iPhone

In iOS 9, Apple has added a power saving mode Low Power Mode. Read also:   iPhone 11 survived after 2 months at the bottom of the lake