Apple releases one iOS update after another. Like a machine gun. Before people got used to iOS 13, iOS 13.1 appeared. Just a few days later.

iOS 13.1 pleases with many innovations. Apple fixed most of the flaws in the original. Not familiar yet? It's too late – iOS 13.1.1 release took place. The update was presented absolutely suddenly.


Watch iPhone 6s Plus crash out of a plane

The assembly has the number 17A6854 and weighs about 100 MB (depending on the device). Is the firmware worth the attention? We list some of the changes:

Battery life has stopped shrinking for no reason
Fixed security bug for third-party keyboards
The problem with restoring the iPhone from the backup has disappeared
Fixed bug with slow reminder synchronization
Safari search suggestion does not spontaneously turn on
Improved Siri request recognition (on iPhone 11 Pro, iPhone 11 Pro Max and iPhone 11)

That is all that is known today. We will let you know if we find anything interesting. 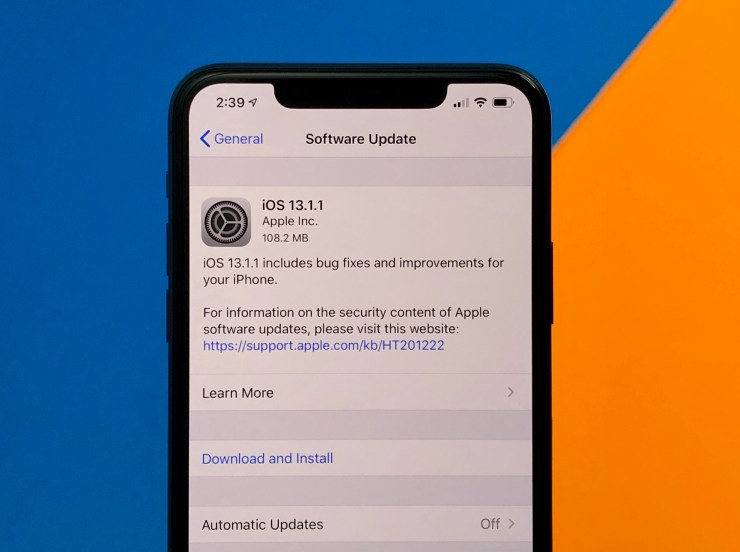 How to download the system? Take a look at the Settings menu of your gadget. Then select “General” and “Software Update”. Do not forget to save personal data. Not the fact that the installation will be 100 percent successful.

Read also:   The "spy" photos of the iPhone 7 components refute the rumors about the refusal of 3.5 mm audio Jack

GoPro has introduced a new action camera Hero4 Session, which is half the size and lighter than their predecessors. The device, made in the form of a neat cube, has retained all key corporate functions of the company line. To activate Hero4 Session and to capture video you press the button on the case or […]

The number of downloads of apps Move to iOS – first Apple development for the Android platform has exceeded one million. It drew attention to the resource BGR, who have studied the statistics of Google Play store. Move to iOS was the first official Apple app, released for Android. The program helps to make the […]