The final version of iOS 13 will appear in a few weeks. Be patient. In the meantime, you can take part in beta testing. Just released iOS 13 beta 7 for developers. 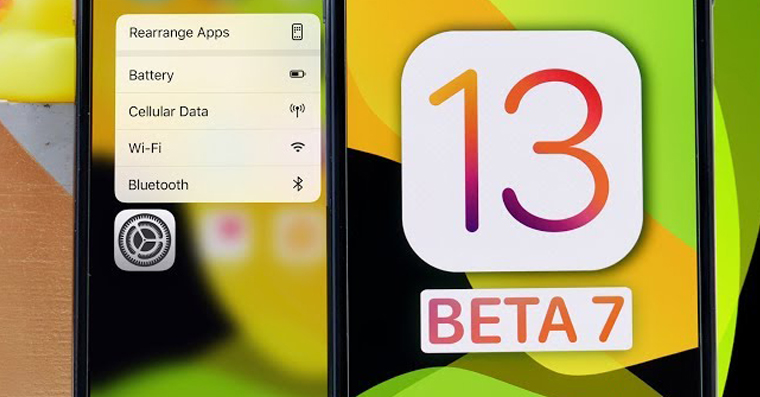 The assembly has the number 17A5565b and weighs about 300 MB (depending on the device). It is most convenient to install the firmware "over the air." Enough profile.

Is it worth the effort? What's interesting in iOS 13 beta 7? Apple has made a number of changes to the platform.

Fixed display of dynamic wallpapers in settings.
The background of folders on the home screen is blurred differently.
In the Photo, a grid with 3 horizontal thumbnails is available (when viewing all images).
Old wallpapers are returned to the House app.
More options for sorting messages from blocked users.

Apple also fixed bugs and improved software stability. Found something else in iOS 13 beta 7? Share the discoveries in the comments.

HTC has presented a limited version of the flagship smartphone One M9, covered with 24-carat gold. It is noteworthy that the photos of the device posted in the official Twitter account of the company, taken by the camera of iPhone 6. The release of a limited edition One M9 was held in honor of the […]

Smartphonesfree in China began with the creation of clones iPhone. Years later, many producers entered the world market and have found their own style. Up to a certain point, the device Meizu were original, let them in and traced the features of the iPhone. However, since the models Pro 5 and MX5, the company seem […]