Some users notice that the battery of their iPhone goes to zero, although less than a day since the last recharging of the smartphone. The cause is often not the wear on the battery, and software that continues to maintain activity even in the background. It’s about these “apps-the vampires” and will be discussed in this article. 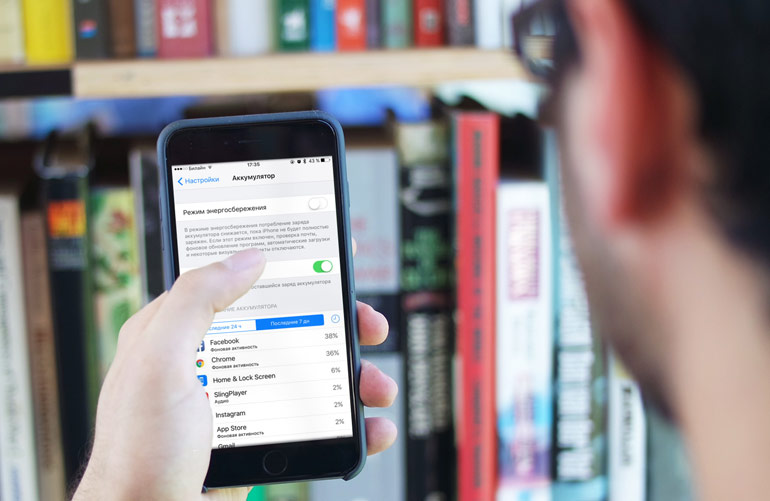 Just note that perhaps our experience of using the iPhone will be different from ours. Not the last role plays the network connection (3G, 4G, or Wi-Fi) and the activity of the gadget. That’s why some iPhone users safely survive to the evening, while the others have to look for a charge by lunchtime. And of course, we do not consider the game. We will talk only about the most popular applications that uses in the daily life of almost every owner of an iOS device.

Perhaps the most voracious app available in the App Store (except the aforementioned games, of course). Moreover, the development team of Mark Zuckerberg is actively drains the battery when working directly in the program, so also in the background Facebook updates almost continuously, reducing battery life.

If you are an active user of this social network, should think about how to limit the client in the background. To do this go to Settings –> General –> Update content and disable the switch for Facebook. To save battery power, the social network is better to use through Safari. 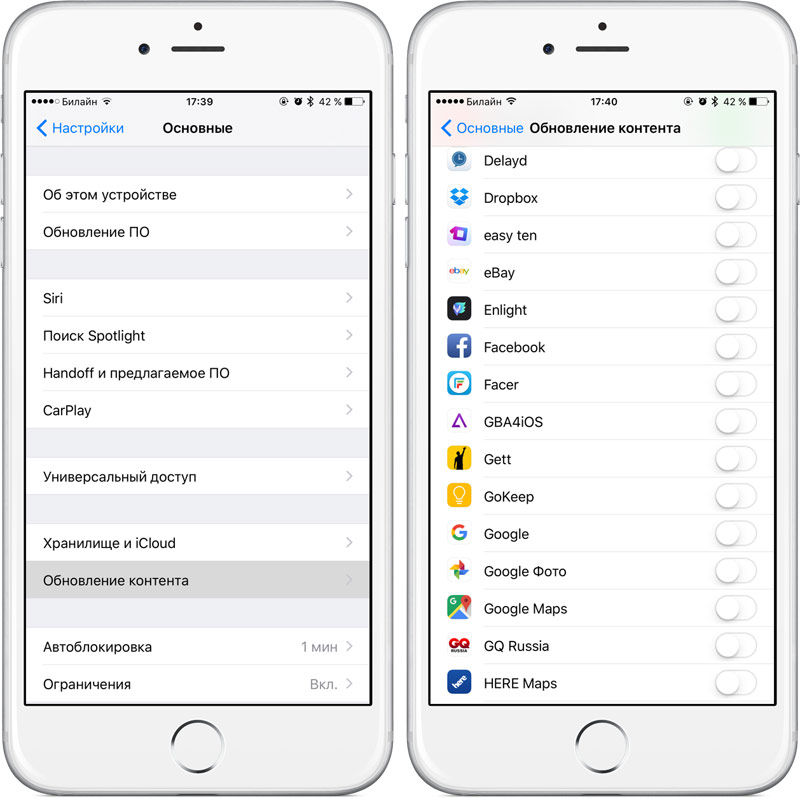 Great browser main competitor of Apple in the world of mobile technology. Having passed a great way from early development to the present day, Chrome was not able to achieve high energy efficiency for iOS. In part this is because of the closeness of the operating system from a California company. So the Apple standard Safari browser will always be more economical than competitors.

Safari is the perfect option for anyone in daily life enjoys Apple products. But if in addition to your home computer you have and Windows-PC which you also use often, as an alternative to Chrome is ideal.

Very popular and extremely voracious app for iOS. Twitter, like Facebook, actively runs in the background, reducing battery life of the smartphone. The program constantly loads data from the service and more than the number of users signed on, the faster it will run down your iPhone.

If you want to save battery smartphone – disable background client updates, as described above for Facebook.

For our country, Apple map service is still significantly inferior to Google Maps. That is why users tend to use more functional analogues, among which Google Maps is not the end of the list. Google Maps consumes more battery power and is often caused by rapid discharge iPhone. 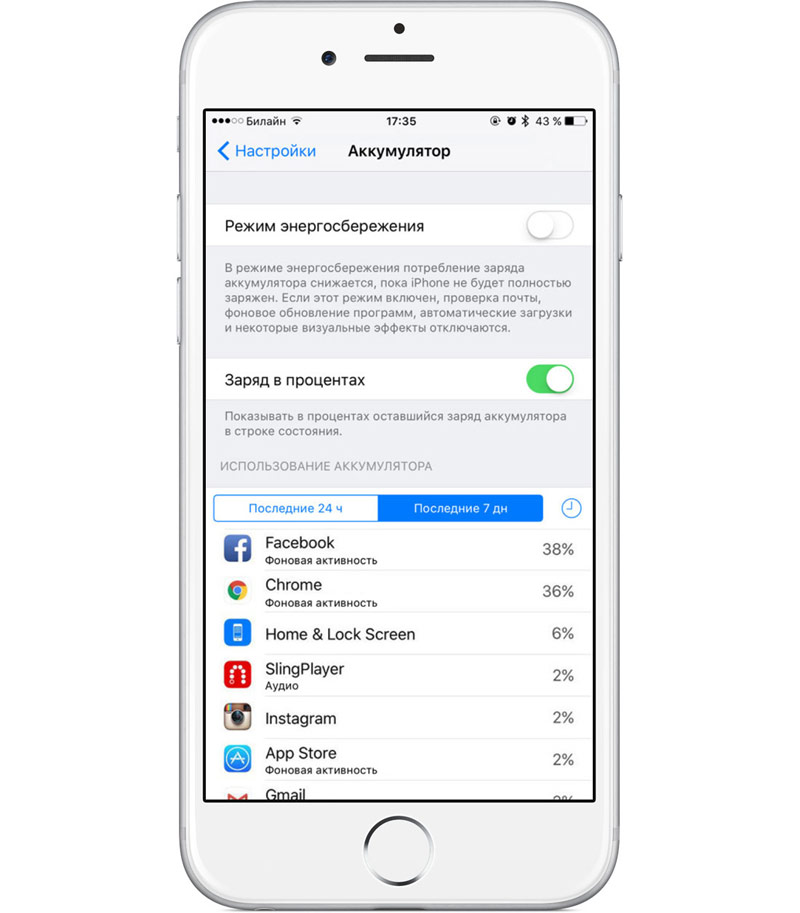 Perhaps the “heaviest” of all the messengers available in the App Store. Very sluggish app load smartphone like while working with him, and in the background.

Among other things, disabling background updates, you won’t see incoming calls or messages, what app created for correspondence and voice messages is unacceptable. Alternatively, you can convince your colleagues, friends and family to go to third-party clients to communicate (WhatsApp, Viber, Telegram) or use your already available tools in iOS, such as iMessage and FaceTime.

Standard application for iOS will always be more efficient in terms of power consumption than their counterparts from third-party developers. Clients of social networks due to background updates may be too aggressive to defuse gadget, many of which become virtually useless unless prohibit them from downloading background data.

Click on “Battery” in the iOS settings and see which applications consume the most battery power of your device. Perhaps among them will be such that you can disable to improve the autonomy of your iPhone.

The love of Android can cause loneliness, concluded the researchers. The owners of iPhone a lot more chances of successful acquaintance. Experts set out to find out what reduces the chances of modern men for success while Dating. With this purpose, we conducted a large-scale survey. It turned out that one of the most unfortunate […]

Microsoft has left millions of users without Windows 10 updates