Apple is considered a trendsetter in the field of design of electronics. Many manufacturers blindly copy the company’s products, believing that imitation of “Apple” products will help them to increase sales. 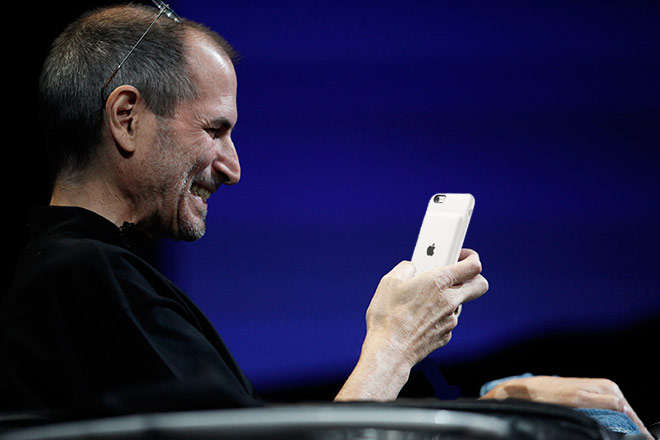 In 2015, Apple introduced several new products. Some of the proposed design solutions yet it’s hard to call it successful and worthy of emulation. Even fans of the company, striving to get each product of the company, criticized the design elements of Apple devices that look strange or are not ergonomic. MacDigger.ru offers five of the most unfortunate design decisions in Apple products in 2015.

The new mouse Magic Mouse 2 cannot be used while connected to a power source due to the specific location of the charging port. 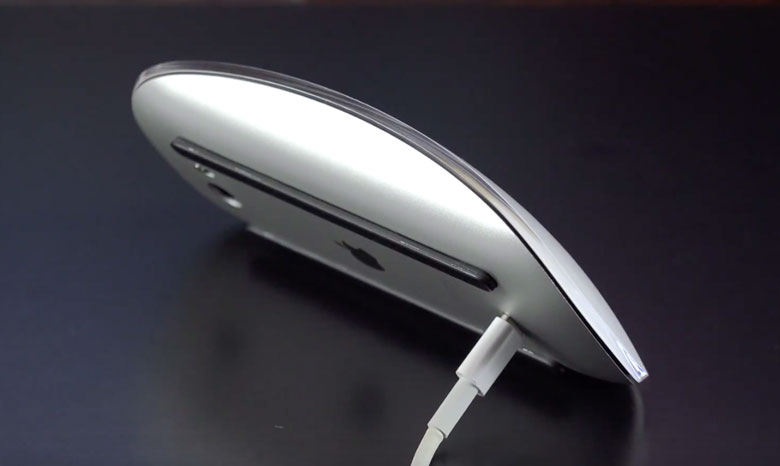 2 Magic Mouse connects to your computer via Bluetooth and requires AA batteries and has a built-in battery. Despite the fact that the device charges quite quickly – 2 minutes is enough for 9 hours of battery life – many criticized the design course with Lightning-connector. The fact that the charging port is on the bottom of the mouse, so at the moment when it’s charging, user can operate the computer.

The users even suggested Apple’s CEO Tim cook to fire the engineer responsible for the development of a new model of the computer pointing device.

In early December, Apple has started selling products under the name Smart Battery Case. Novelty is a case with a built-in battery for the iPhone 6s and iPhone 6. It protects your mobile device against mechanical impact and increases its battery life. The controversial design of the company’s accessory for the iPhone 6s has become the subject of jokes Internet users and competitors. 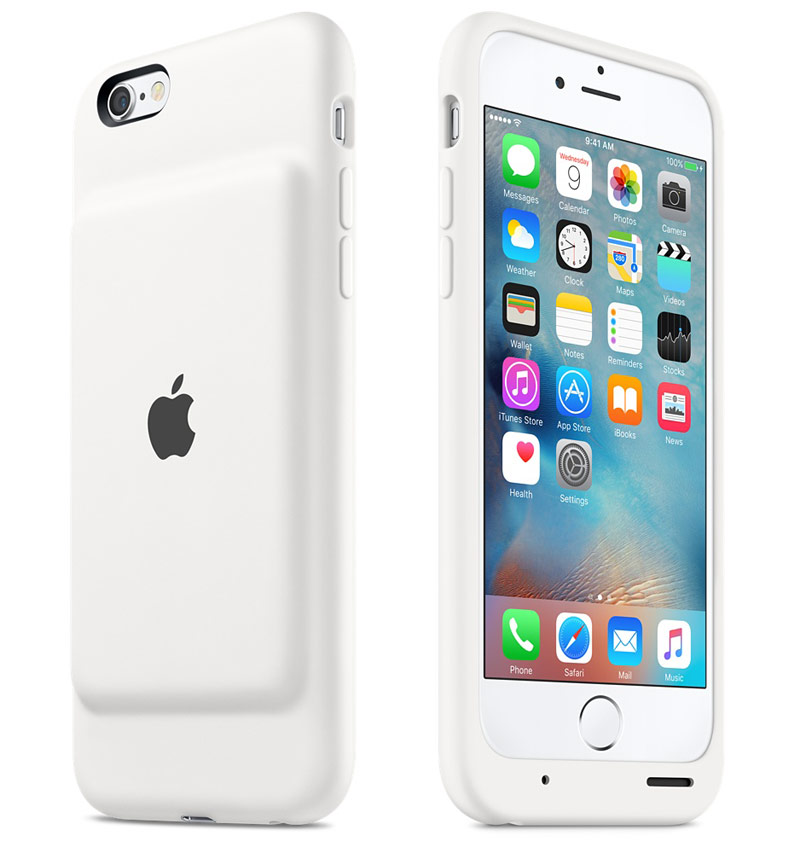 Users have ridiculed the design of the product, which is contrary to the principles of the American company. The battery strongly sticks out from the cover that increases the thickness placed in the iPhone 6s. Although Apple could distribute it evenly on the back. The design is controversial, say the journalists, reminding that the same feelings branded docking station Magnetic Charging Dock for Apple Watch.

There is, however, a plausible explanation of the very specific design of Smart Battery Case: Apple engineers were to avoid a lawsuit from the company Mophie is the leader in the market of cases-batteries.

Together with a 12.9-inch tablet iPad Pro Apple has released Apple-Pencil – stylus, which, interacting with the device, determines the amount of force applied, the location and tilt, simulating reliably with an ordinary pencil. 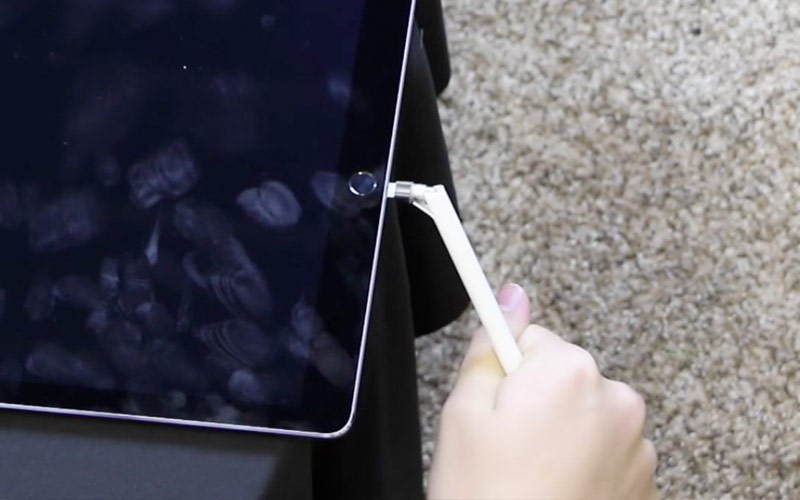 Pencil has a very small battery, so it charged very fast: only 15 seconds of charging provides up to half an hour of work. However, the charging is carried out in an unusual way: using the Lightning connector, which is under the cap at the top of the stylus — it should be connected to the second Lightning connector tablet. Many have doubts about the convenience of this method of charging. To the high risk of damaging the stylus.

However, experiments have shown that to cause mechanical damage to the Apple Pencil is quite difficult.

MacBook lost the glowing “Apple” and the MagSafe connector

At the beginning of the year, Apple released a new MacBook, which is the most thin and light portable computer company. The model thickness — 13.1 mm, weight — 920 g. from the Present indignation of fans of the brand was the fact that Mac laptops sample 2015 brand logo of “Apple” company is no longer highlighted. 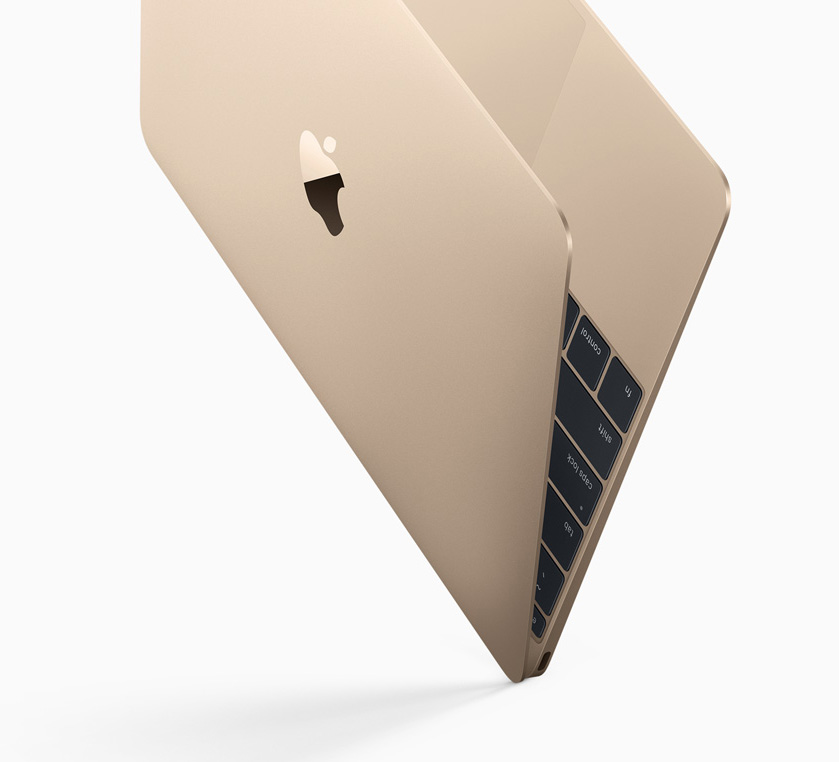 Apple easily gives up things loved by users. Since last year the company stopped making products with the prefix “i”, but has now decided to deprive users of laptops “glowing” Apple. The explanation of the latter fact, the simple illumination sacrificed for the sake of reducing the thickness of the laptop.

Another negative point noted by owners of MacBook – the lack of the proprietary MagSafe connector, which often helped users of Apple laptops. The fact that this connector is magnetic, so if you accidentally hit a wire or forget about it, taking MacBook Air or MacBook Pro in hand, detachable cable without causing mechanical damage.

For some the physical keyboard remains the most convenient way to work and jot down ideas when working on smartphones and tablets. Along with a new 12.9-inch iPad Pro, Apple has introduced branded keyboard cover. The accessory connects to the device using a new Smart Connector interface and boasts a special mechanism keys. Unfortunately, Apple forgot to give those same keys are illuminated, making use of the device in the evening is not very convenient. 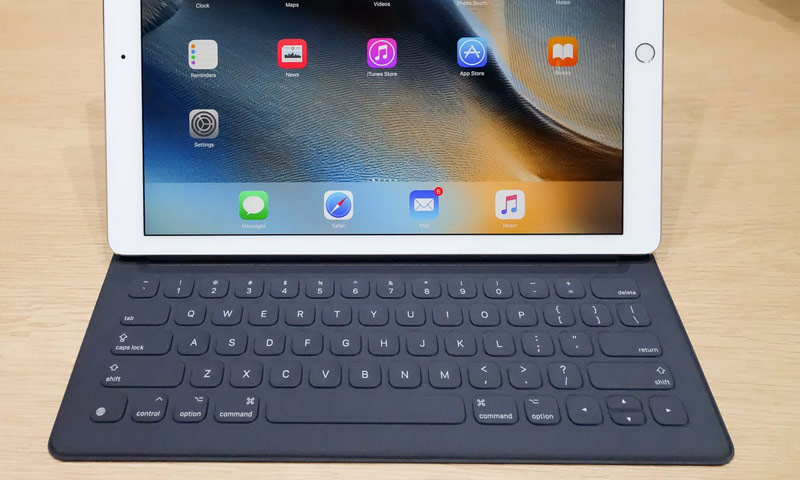 And, of course, “hump” – where without them. In the folded state of the keyboard with the buttons above the surface of the device.

Cost and start date for iPhone 11 sales in Russia

Google has opened access to a new tool for data backup “& sync”. Presented in June, the tool became available for download on Mac and Windows after a two-week delay. Surely you keep important files and photos in different places: on a PC, smartphone, memory card or the camera you are using from case to […]

Presents candy bar Teclast X24 Air: this framework will be envied by even the iMac [photos]

Known for its tablets, Teclast company recently develops a new niche for themselves combined. New model Teclast X24 Air is characterized by a 23.8 inch display with a resolution of 1920 x 1080 pixels and ultra-thin frame that was much narrower than iMac with similar screen size. Teclast X22 has an interesting design, but in […]