China is investigating the death of 24-year-old girl, who died from electric shock. She died when he tried to charge smartphone iPhone power adapter designed for iPad. About the incident told the resource of Wen Wei Po. 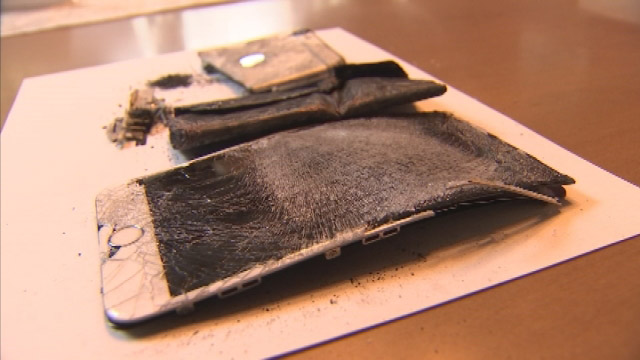 According to preliminary information, living in the area of Jinjiang in China girl used the original Apple charging. The incident occurred when the Chinese tried to charge my iPhone 6, using the adapter from the iPad. Smartphone and charger already sent to Apple for examination.

The girl was discovered by relatives in the home of the mother of his friend June 9, 2015. One of her feet was covered with soot, and hand burnt, indicating a strong shock. Near charger charred. Local police said that the exact cause of death can be established after the examination.

This is not the first case of electric shock in China when using the “Apple” devices. In July of 2014 as a result of electric shock killed 18-year-old girl who left iPhone 4s to charge at night beside your bed. In July 2013 there were two incidents. 23-year-old girl died of electric shock while talking on the iPhone 4 with a mounted charge, the man suffered serious brain damage when charging iPhone 4, resulting in a coma. All three used a non-original charger.

A similar case occurred in 2011 in India. 25-year-old Dhani Damon received a fatal electric shock when he dialed the number on the unit. Later it turned out that the fan of Apple products killed a fake copy of a Chinese iPhone production. He didn’t have enough money for the original device, and he decided to buy a fake.

Released the fifth beta version of iOS 10.3 for iPhone, iPod touch, and iPad. The previous test build Apple released last week – 27 Feb. 10.3 iOS beta 5 is available for download on the official Apple website and on the mobile, provided the installed configuration profile. The size of the fifth beta is around […]

Warning: jailbreak from Pangu iOS 9.3.3 requires you to specify the user name and password Apple ID

On Sunday, the Chinese jailbreak developers Pangu released a new hacking tool for iPhone, iPod touch, and iPad. As it turned out during the study of the exploit, for untethered jailbreak of iOS 9.3.3, users need to specify your account settings. PP Helper utility used to jailbreak iOS 9.3.3 — 9.2, reports that the user […]