Apple carefully avoided the technical aspects of their devices. So it was with a new 4-inch iPhone SE. At the presentation, the company only announced that the device is equipped with a compact screen and efficient processor Apple A9, but on the amount of operational information was hushed up. According to the results of the benchmarks new 4-inch device has received 2 GB of RAM as the flagship models of the iPhone 6s and iPhone 6s Plus. 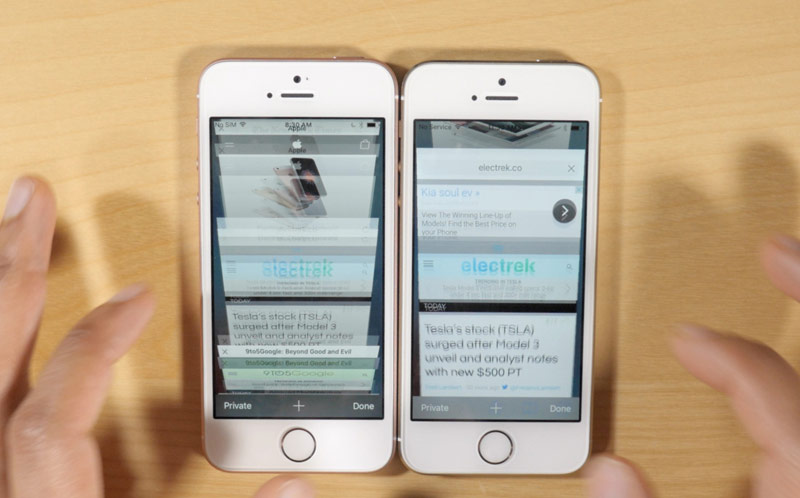 Apple iPhone SE increased compared with the predecessor RAM twice. The iPhone 5s RAM is 1 GB. Judging by the results of the tests, “the most powerful 4-inch smartphone” Apple also has a volume of RAM and the speed of the flagship models.

the first generation iPhone was equipped with 128 MB of RAM. This figure was doubled the iPhone 3GS and doubled again in the iPhone 4. Model iPhone 5, which debuted in 2012, was the first who received the 1 GB of RAM. The indicator has not changed in the following versions of iPhone 5s, 6 and 6 Plus. Last year, the iPhone 6s and iPhone 6s Plus switched to 2 GB. Why that much memory is the minimum required for comfortable work clearly proves the video on 9to5Mac. 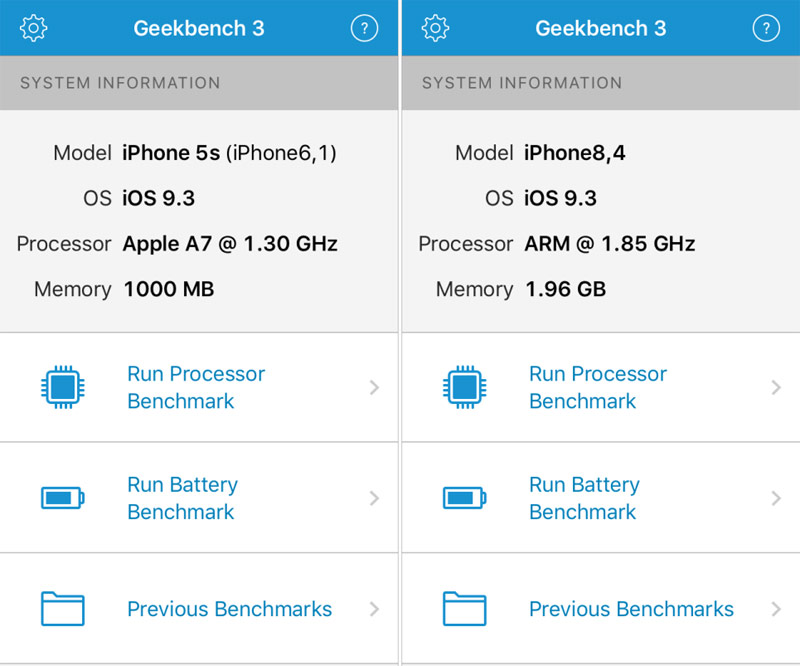 The author of the video downloads on the iPhone and iPhone 5s SE multiple tabs in the browser, and then returns to the previous page. On the old model, each site is loaded again, while on the iPhone SE with 2 GB of RAM pages open instantly, since they are in RAM. The same applies to multitasking: for smartphones and tablets with 2 and 4 GB of RAM is already running it will open instantly, without rebooting.

iPhone SE externally virtually indistinguishable from the iPhone 5s, a new modification gives only the inscription “SE” on the body and the color “rose gold”. Based on Apple’s A9 processor, 12-megapixel camera with Live Photos and video recording in 4K resolution. It is also noted the fingerprint scanner Touch ID-enabled Apple Pay service, more capacious battery.

More than 300,000 people signed a petition for the return of the headphone Jack on the not yet released iPhone 7

The next Apple smartphone will likely retain the same design, and one of the innovations of the device shall be a waiver of a standard 3.5 mm audio Jack. Many users already actively oppose such a decision. The official presentation of the iPhone 7 is expected this fall, but the Network has already found hundreds […]

Beeline has offered unlimited and free Internet traffic mail apps Mail.Ru Yandex.Mail and Gmail.com. The service is offered to new subscribers as part of the updated tariff plan “Internet for all”. Users who select this tariff, will be able to send unlimited number of emails and be in constant contact with colleagues and family from […]