In the night from Tuesday to Wednesday Apple announced financial results for the second quarter of 2015. The official report indicates that revenues of the company increased to $49.6 billion was also recorded a 45% increase in profit per share and operating cash flow of $15 billion to Apple’s CEO explained, these figures are a huge interest of buyers to “Apple” products and services that the company provides. 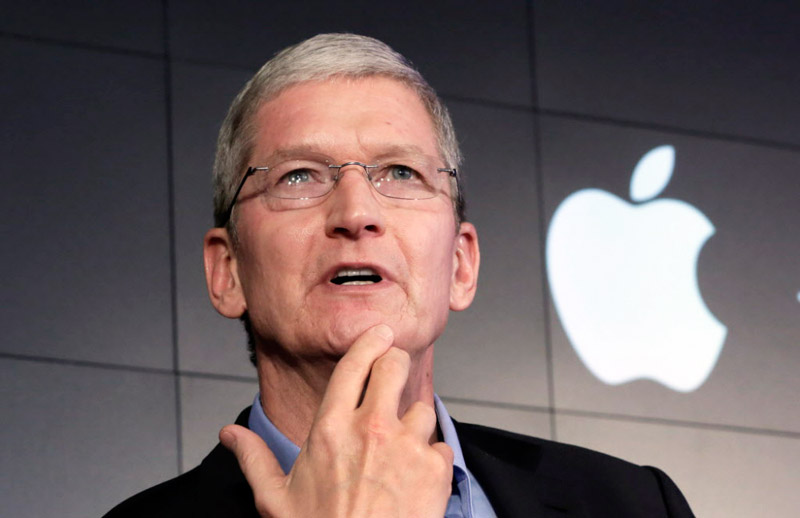 In fact, such results were achieved thanks to record revenue from iPhone and Mac sales, as well as record performance of the App Store. A new record for this period is sold 47.5 million iPhones.

“This quarter was just incredible thanks to higher revenue from iPhone sales by 59% compared with last year, sure Mac sales, the highest ever revenue from services is headed to the App Store, and is just great to the launch of the Apple Watch,” said Tim cook. — The hype around Apple Music was just incredible, and this fall we expect the release of iOS 9, OS X, El Capitan and watchOS 2 for our users”.

Communicating after the publication of the financial report with the analysts of the investment companies in the teleconference, the head of Apple has made several important observations.

Despite the success of Apple’s financial report was the reason to play on the slide. The fact that the forecast for the current quarter was worse than analysts expected. Investors started to dump the shares of the IT giant, resulting in electronic trading after the market closes Apple fell by 6.9%.

Apple has postponed the release of augmented reality glasses

According to analyst Ming-Chi Kuo, augmented reality glasses Apple should have presented next year. However, they will most likely be shown only in 2023, and a year earlier an augmented reality helmet will be released. This was reported by The Information. What is known about glasses? Not as much as we would like: in one […]

The company Tesla has hired Niten Kapadia, the head of a large branch of the Apple Store in Los Angeles. Kapadia worked for Apple for the past 13 years, seven of which he led the region’s largest store on the Third street Promenade in Santa Monica. On his resignation a top-the Manager wrote on Friday […]

In billions of SIM-cards discovered a dangerous vulnerability

Trouble came from where they did not wait. AdaptiveMobile Security made a shocking statement. The company's experts found a flaw in all SIM-cards. Image from macobserver.com The vulnerability is called Simjacker. At stake are billions of SIMs worldwide. Imagine the scale of the damage if hackers take advantage of this “hole”. What is the problem? […]