The annual WWDC conference, organized by Apple, opens next Monday. MacDigger take a look at what hardware and software innovations were presented at the last 12 events. 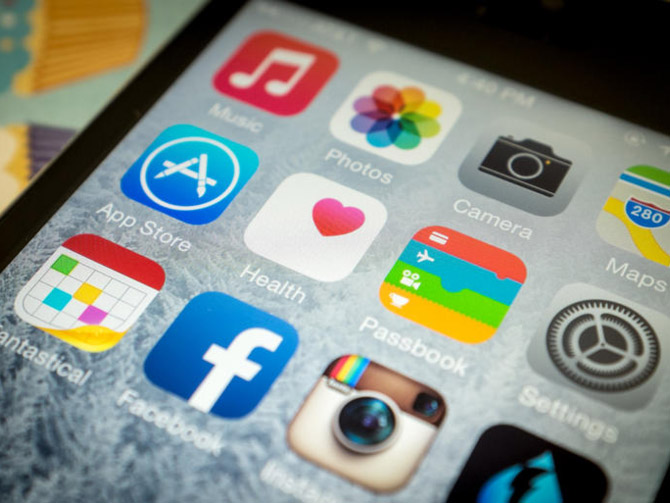 Annual conference for developers of Apple begins June 8. We still don’t know that show at this time, but the expected announcement of iOS 9, new devices “smart” home with support for Siri, as well as new version of OS X. While all languishing in anticipation, we decided to remind that Apple showed in their last 12 conference WWDC.

2003 was a big year for Apple, and the main role was played PowerMac G5. The first Mac with a 64-bit processor immediately dubbed “the fastest personal computer in the world.” The device went on sale two months after the presentation, the price started from 1999 dollars. Apple still uses a very similar design elements in their current products. 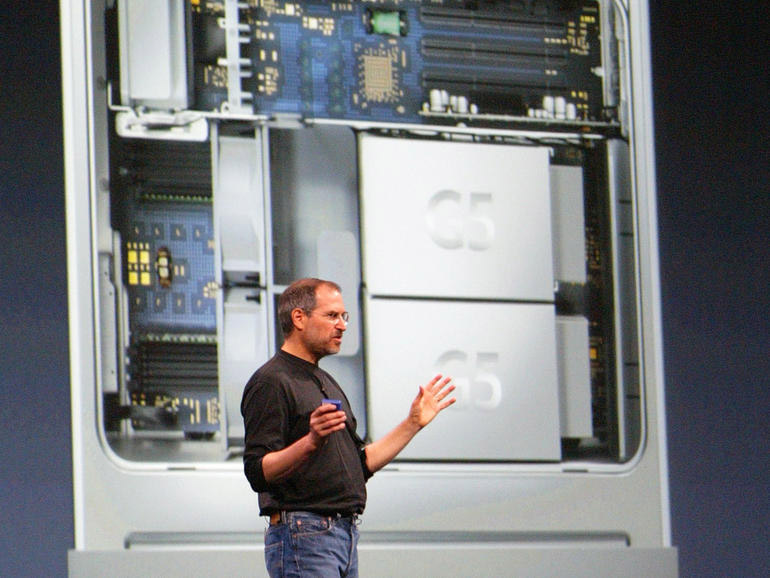 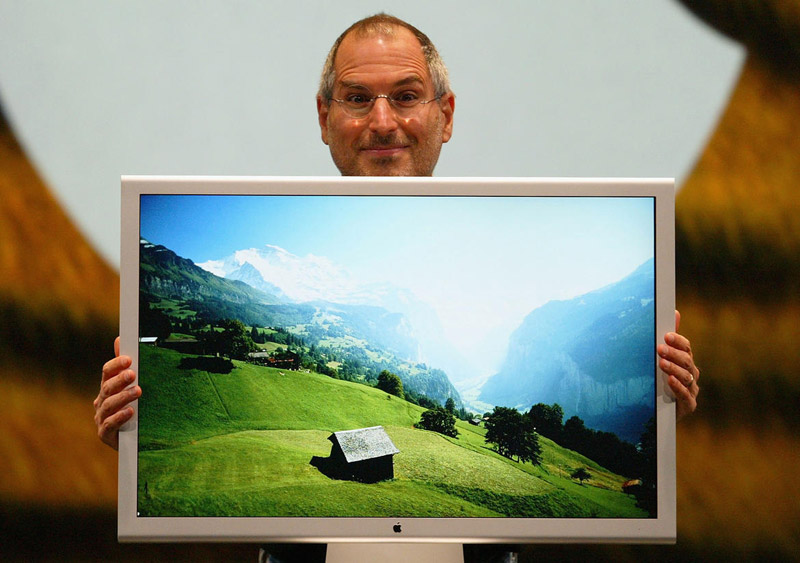 WWDC 2005 brought one of the biggest changes in the strategy of Apple: it was announced that the company is moving with IBM PowerPC processors to Intel x86 platform. Apple 1994 used IBM chips in their devices, and the transition to Intel was forced to rewrite part of the software. 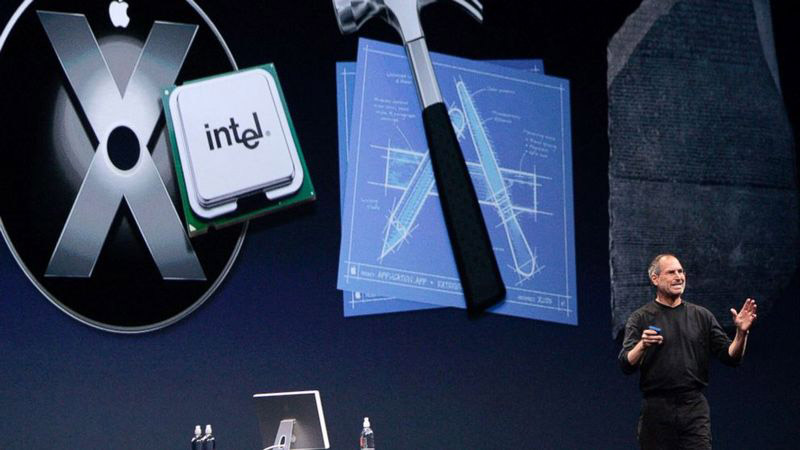 Was also presented: QuickTime 7 for Windows.

Conference 2006 brought the Mac Pro, which replaced the old PowerMac and now working for Intel chips. This was not the first Mac, switched from the PowerPC platform to Intel, but definitely the best. Device price start from $ 2499 – the same Mac Pro costs today. 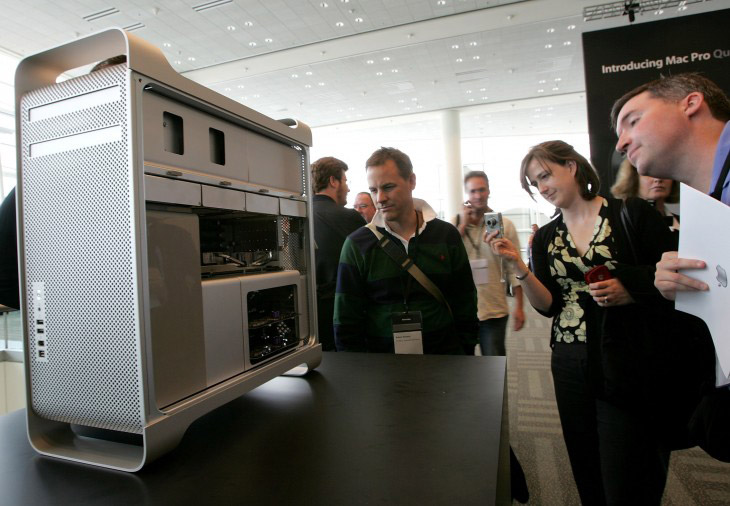 While Apple was late with the development of OS X 10.5 Leopard and secretly worked on the SDK for the iPhone, the main news WWDC 2007 was the version of Safari for Windows. A public beta has been downloaded over million times within two days after the release. 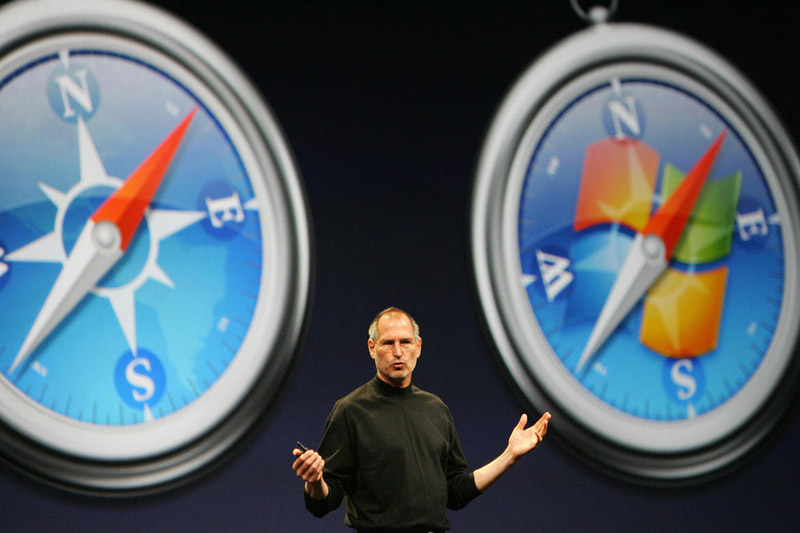 The main drawback of the first iPhone was the lack of 3G, while many other smartphones support this standard. Apple first introduced the 3G model of your smartphone at WWDC 2008 and showed clearly how she was faster than the previous model, and even compared it with some smartphones competitors.

Apple also announced MobileMe, an online service to sync your devices, which is ultimately faced with many challenges and became the shame of the company. Apple “killed” him in 2011 with the launch of iCloud. 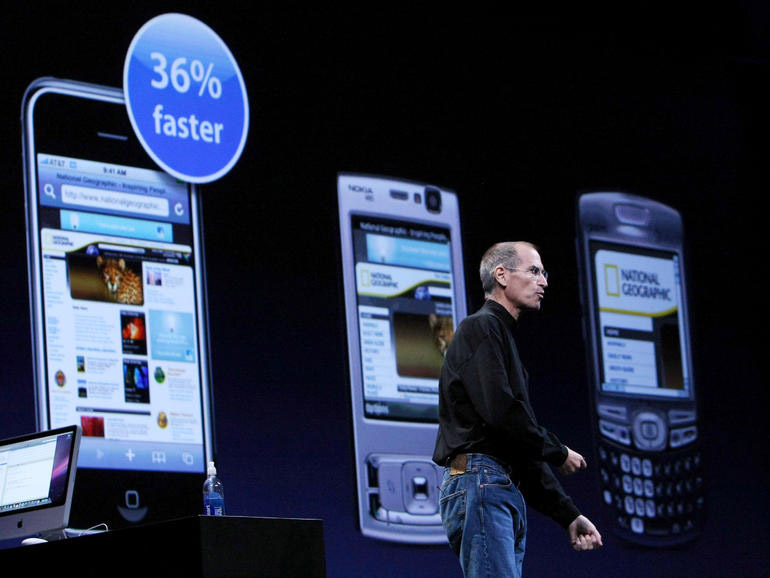 WWDC 2009 brought many new programs and devices, but the most memorable presentation of the iPhone 3GS. This was the first iPhone model with the prefix “S”. The reason for his great popularity was the ability to shoot video thanks to fast processor. Apple also released iOS 3.0 (at that time still “iPhone OS”), which were finally added the function to copy and paste and voice search – the predecessor of Siri.

Read also:   Samsung has patented its own analog 3D Touch 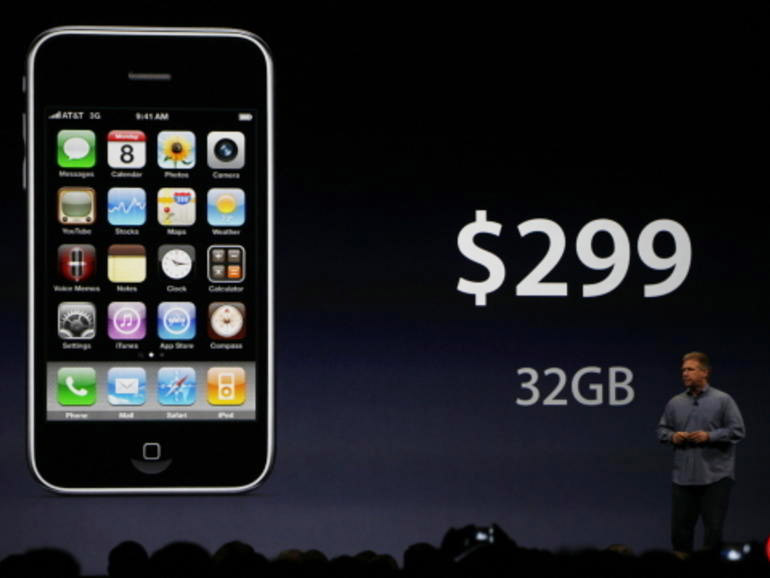 2010: the Forgotten bar in iPhone 4 was present

“Stop me if you’ve seen this before,” said Apple CEO Steve jobs when he first showed the iPhone 4 hall, chock stuffed with developers. Two months before WWDC 2010 is dedicated to the gadget blog Gizmodo obtained a prototype of the new smartphone and shared his photos, that turned into a criminal case and big problems for the Apple employee who leaves a prototype in a bar.

The rest is history. iPhone 4 turned out to be a bestseller, and its design is preserved to the next generation of Apple smartphones. 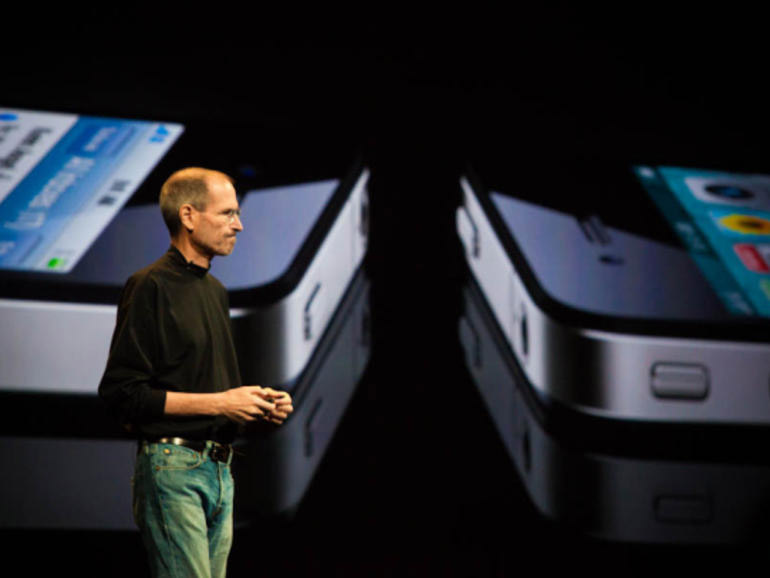 WWDC 2011 has brought us iCloud, the successor to MobileMe. iCloud did many of the things that was MobileMe but free. Steve jobs described the service as a sort of “glue” that connected all devices. iCloud took over many tasks that previously had to connect the mobile device to the computer. 2012: MacBook gets a Retina display

At WWDC 2012, it was announced on the hardware update Mac, but the main news was the presentation of the new MacBook Pro. Apple has equipped its new flagship laptop Retina display whose pixels are so small that to consider them when working with the computer is almost impossible. Apple also finally abandoned the optical drive and even hard disk is making the MacBook Pro is more similar to the MacBook Air. The company called the new MacBook Pro “next generation” of their laptops. 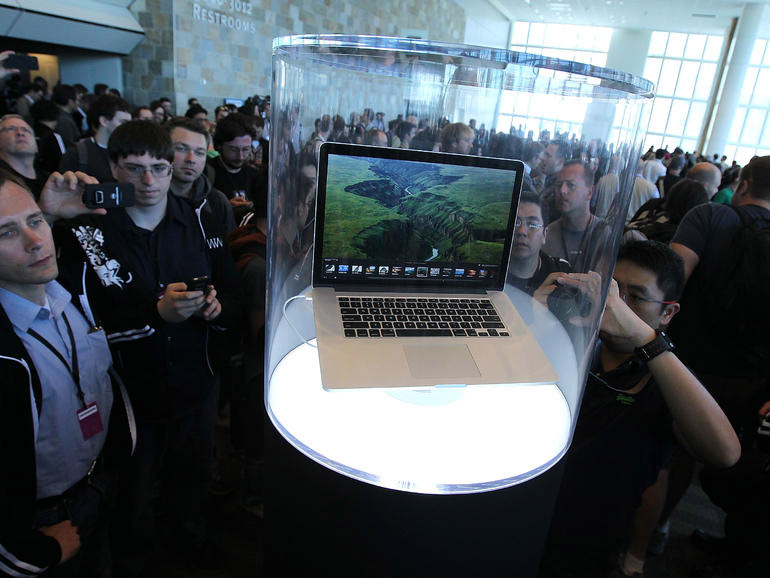 Also presented were: New models of MacBook Air and MacBook Pro with a faster processor and some new features (like USB 3.0), iOS 6 (which consisted of a new Apple map service), price and release date OS X 10.8 Mountain Lion.

Despite the emergence of many new features since the release of the first iPhone, iOS has remained almost unchanged for all six years. Everything changed with the iOS 7 update. “Flat” interface elements have changed everything, from the keyboard and color schemes to standard icons and shapes of the keys on the entire platform. Also there are new features like control center, AirDrop, and automatic updating of applications. 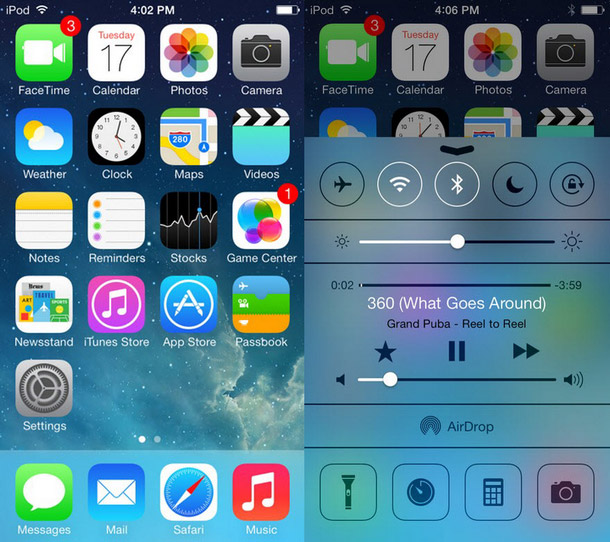 WWDC 2014 was not as bright as the previous one. Apple unveiled its new operating system OS X 10.10 Yosemite and iOS 8. 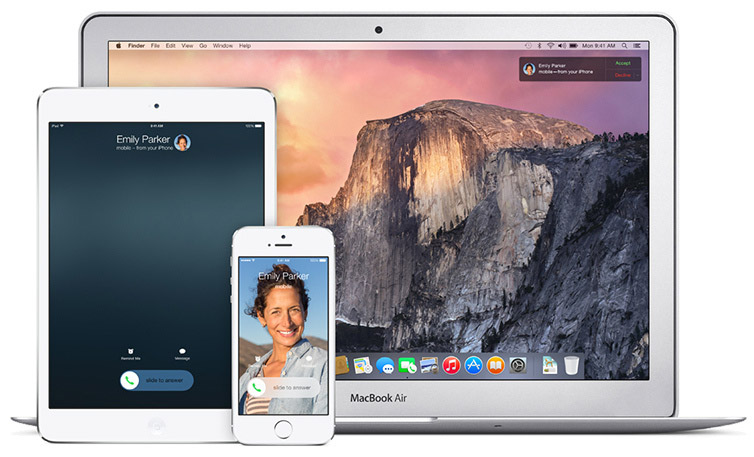 Also presented were: Service Continuity, which allows us to easily switch between iPhone, iPad and Mac. One of its main functions, Handoff, you can start working on your phone and finish it later on the computer.

The digest of achievements memnik technology #1

In this edition of the digest once a week to collect the most interesting of the latest news and accompany them with a funny pictures. 1. The number of defectors from Android to iOS has increased due to iPhone X In short: the demand for the new Apple smartphone in China is so great that […]

In the official Google Play store, the specialists of “Doctor Web” has discovered a malicious app that contains more than 150 applications. The Trojan, dubbed Android.Spy.305.origin, causes applications to display advertisements, which prevents normal device operation. Researchers estimate that to date, the virus has managed to download about 2.8 million people. “The Malware” Android.Spy.305.origin is […]

Apple is preparing a big update AirPods headphones. At least, judging by recent patents, registered “Apple” giant. A new paper describes a charging case for wireless headset that can be used to charge the Apple Watch and the iPhone. According to the developers of Apple case for AirPods 2 will act as an external battery […]