Researchers from mit will present at the conference SIGGRAPH Asia 2015 a new RF Capture technology, which will allow people to literally see through walls. It uses a special radio transmitters that can be installed in smartphones, tablets and other portable devices. 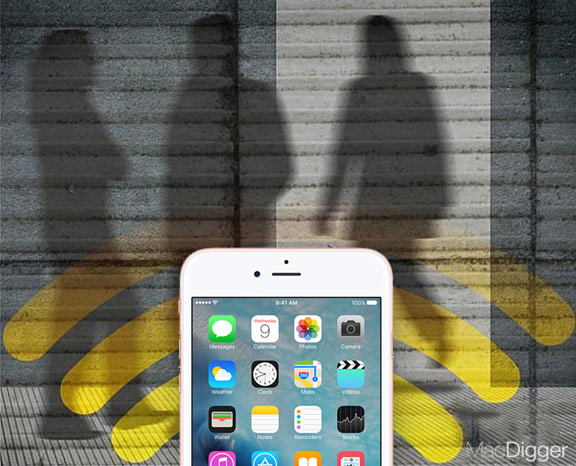 Specialists have long tried to create something similar, but first their attempts were associated either with the use of expensive and bulky radar, either with the use of powerful electromagnetic devices that cause interference to other electronics. Now experts have developed a portable solution that allows you to see through walls using Wi-Fi network.

Until now, such systems could maximum to indicate the number of people behind the wall, not discerning any details. RF Capture will have a higher resolution and is able to notice movement, posture and even the position of different parts of the body. Recognizing human rights and being ordered to keep an eye on him, the system will continue to track all movements of his silhouette, focusing on the growth and body shape of the object of observation. According to the authors, it may distinguish up to 15 different people with a reliability of about 90%.

“The data that you receive with the reflected waves, it turns out very little, – says one of the authors RF Capture Dean of Katabi. – However, we managed to extract a meaningful signal using a series of specially designed algorithms remove noise”. The developers believe that such algorithms can be used not only to spy on people, but in more noble classes of digital cinema, smart homes.

The video below explains the principle of operation of RF-Capture:

According to rumors, Apple will close the iTunes Store until the end of 2019

The website Digital Music News reported that Apple is going to shut down the iTunes Store in 2019. According to information from the DMS, closing digital music store has been scheduled in 2016. However Apple denies this, calling the reports of the site lies. “That is simply not true,” the response of the representatives of […]

What the Internet resources about wireless Pixel Buds?

With Pixel 2 and Pixel 2 XL, Google introduced its first wireless headphones Buds Pixel. More and more large online publishers to post reviews on a new product. A review on the Gizmodo website contains a lot of criticism. The author complains of the staff work from a single battery charge and complex process of […]

iOS 11 will be released soon and will add in smartphones and tablets from Apple a large number of new chips. Some of the most interesting new features and modes have the standard keyboard that will help you type faster. the iPhone 7 Plus is great for video viewing and consumption of any content, but […]